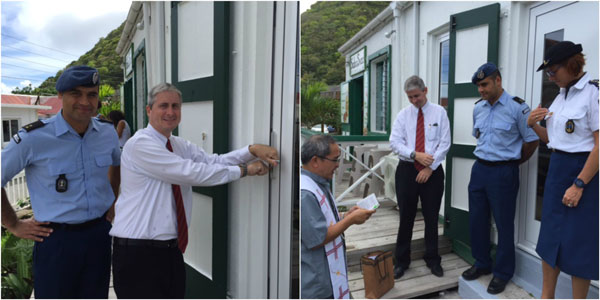 SABA:--- On Monday may 9th, 2016 the Police Station in Windwardside was officially inaugurated following the opening act by Island Governor Jonathan Johnson and the blessing by father Ranolfo. Also present at the opening were Chief of Basic Police Care Saba, Ibrahim Ekiz and Deputy Chief of Police BES, Simone Steendijk. The Station is located across from the Big Rock Supermarket and next to Saba Snack.