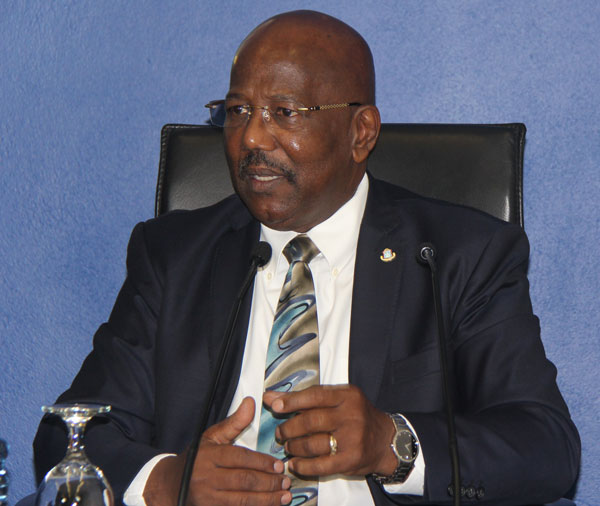 PHILIPSBURG:--- Faction leaders in the parliament of St. Maarten did not spare government in their closing remarks. Government was described as the worst in past years while having a bad parliament. Independent Member of Parliament Christopher Emmanuel said that this government placed their people on death row while depending on the Ombudsman to grant them clemency. He described the National Alliance and United Peoples Party coalition government as the worst over the years, the same that criticize the former government led by Leona Romeo.

National Alliance Member of Parliament and Faction leader William Marlin also did not mince words when he said that 2021 will be a year of change. Marlin said there are people that continue to criticize and chastise but never have they came forward with solutions.

Marlin also did not spare the government the supports. He said it’s the first time being in government and not part of the executive branch in his 43 years political career. The National Alliance architect reminded that year 2021 can be described as a turbulent year, people still have to deal with the effects of the lockdown and loss of jobs since many businesses have closed their doors.
Marlin said amidst all of this the people had to deal with the PJIAE saga with the dismissal of its Chief Executive Officer, and reinstatement, and the resignation of the chairman of the holding board.

Marlin said now people have to deal with the saga at NV GEBE that has been making headlines almost every day and the numerous court cases filed by those that make the proposals to the shareholder, and the resignation of board members. He asked when exactly will the government intervene in the never-ending saga and if it will take the intervention of the Dutch Government before it comes to an end. Marlin said despite making 50 years as a teacher, only recently he got a political education when he asked questions on the appointment of board members to the board of directors of N. V GEBE.

He said when he asked who are the persons that will be appointed as Supervisory Boards of Directors, he was told that he could not get that information. The government he said informed him that they will do what they need to do and when the budget goes to parliament he must then do what he needs to do. Marlin made clear that he is very critical of the persons that have been selected for the board of NV GEBE and the way government has decided to go after people and their land while not paying any attention to the construction of a parliament building even though government is paying NAF 7M in rent annually.
The National Alliance stalwart made clear that this new year will be a year of change since he intends to use his rights as a Member of Parliament to pose questions, and to bring motions when the need arises.

Marlin said the countries within the Kingdom were placed in a corner and they were forced to accept conditions upon conditions. These countries he said have been treated as colonies. He then took a swipe at his colleagues in parliament that criticized the petition that was filed to United Nations. He said today the rapporteurs have responded and everyone went quiet on the topic while the Dutch government is trying to wiggle its way out of the situation they are in.