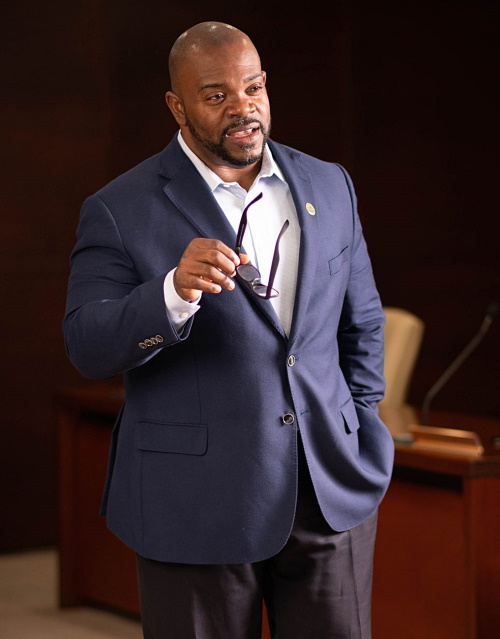 PHILIPSBURG:--- Independent MP Christophe Emmanuel has written to Minister of VROMI Egbert Doran requesting a copy of the final reports of Building Codes and Technical Norms as was publicized by the government last week.
Members of the Association of Dutch Municipalities VNG-International handed over the reports to the Prime Minister and Minister of Finance last week. Nothing has been made public about the findings in the report.
“I think it is vital that we have an understanding of what the findings in these reports are. If we are talking about findings that will guide a “build back better” scenario, then believe we should all know what these are not just key stakeholders. The biggest stakeholder is the public who is already dealing with the prospect of property/real estate taxes. We have to be careful that new building methods do not impact the construction and investment sector negatively and that codes are realistic,” the MP said.
According to a government press release, the new building and environmental norms will be introduced after Governmental decision-making is finalized. In both cases, the new norms will go into effect only after elaborate communication and training have taken place with the relevant stakeholders.
Government is of the opinion that the new building norms are necessary to ensure that future buildings will be more resistant to such natural disasters as hurricanes or earthquakes. “But we have to ensure they are feasible for St. Maarten,” the MP said.
The previous norms as stated in the Building Code related to the Building Ordinance have not been updated since its conception in 1935. The previous norms dating back from 2007 were to ensure the sustainability of the environment so the updating of these was also necessary.