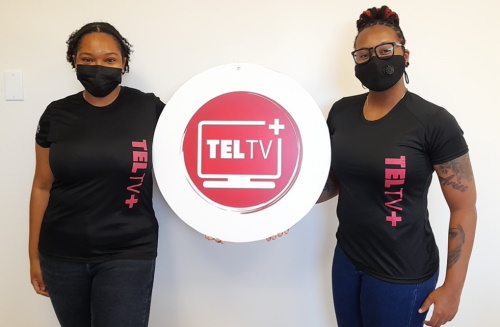 Featuring 150 channels and a host of power-packed features for all tele-viewing tastes, TelTV+ is designed to be affordable and will be catering to all age groups and a diverse St. Maarten community.

TelEm Group has been working diligently for the past year to first select, purchase, develop and test its new IPTV system in order to “revolutionize” television viewing in St. Maarten homes following the devastation of the island’s cable TV infrastructure in 2017.

Following an intensive testing phase, company technicians and customer care representatives have spent the past two weeks migrating current Duo-Play, Triple-Play, and other TelTV subscribers to the new TelTV+ network free of charge, so that they can experience the vast improvement in service including:

• Up to 150 channels of high-quality viewing including HD quality movies and shows.
• Customized packages for Sports, Entertainment, or Movie lovers.
• Personal live recording of shows and events.
• Option to view programs on cell phones, PC, and TV, anywhere and at any time.

TelEm Group Chief Commercial Officer (CCO) Mr. Michiel Parent, says the new TelTV+ service is a vast improvement on the company’s old IPTV system which he expects to be fully phased out by the end of the month, as all subscribers are migrated to the new service with all the channels they can possibly want and super-clear high-definition (HD) viewing of over 60 selected channels.

With the new IPTV service, customers can stream video content directly from the internet and will soon be able to have the option of viewing their favorite sit-coms and shows on the go using special Android and iOS apps.

Plans are also in place to migrate CableTV customers to the new faster, sharper IPTV system at a later date.

“We have created some amazing packages so that subscribers can sign up for what they want from their IPTV service, by offering a basic package and add-on packages for sports, entertainment, and movies. Stingray Music channels are also included in the package choices,” says the Commercial Director.

Mr. Parent says TelEm Group has added a lot of the Caribbean and local content to the TelTV+ channel mix, including content from neighboring St. Kitts, further afield, Barbados, the Dominican Republic, Haiti, Curacao, Aruba, Bonaire, Trinidad & Tobago. Local Channel TV15 will continue to have a presence along with CANITV and TVCarib.

“Until the purchase of St. Marten Cable TV by TelEm Group in 2017, our core business had been telecommunication services, not television, so we have had to learn fast,” said Mr. Dupersoy.

He said both TelEm and St. Maarten Cable TV were dealt crippling blows from Hurricane Irma in 2017, when it was clear full restoration of the old Cable TV network would not be a viable venture.

“We thought we could build out the fledgling IPTV service that we were providing with TelTV, however, the product was not good enough, with an insufficient number of channels which were also poor in viewing quality,” continued the CEO.

He said he made it his mission to find a suitable replacement that is affordable and also appealing to the local community. Best of all he wanted a system that could enhance the company’s rollout of an island-wide fiber-optic network, that would ensure a more reliable and higher quality IPTV system for the island.

“I am very proud to be announcing today the launch of our new TelTV+ for which I thank everyone for the patience and assure that they will not be disappointed once they see for themselves and experience TelTV,” said Mr. Dupersoy.

The CEO says he is also most proud of the manner in which several TelEm Group departments collaborated to make today’s new service launch possible.

“From the selection of a system that would be a perfect fit for St. Maarten to the installation and integration into all the telecommunication, administrative and financial systems in the company has been an in-house affair, which has taken time, but has been an important learning process for how we become more self-sufficient and resilient with the technologies that we deploy,” said Mr. Dupersoy.