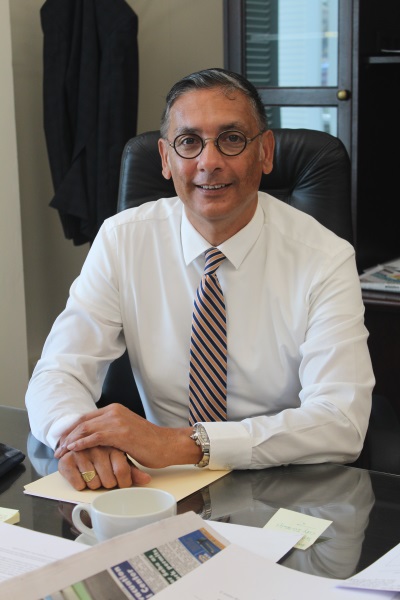 PHILIPSBURG:--- The Minister of Finance Hon. Perry Geerlings on Monday took note of an article attributed to the Sint Maarten Consumers Coalition with respect to the signing of a Letter of Intent (LOI) between Social and Health Insurances (USZV) Chief Executive Officer (CEO) Glen Carty and the minister as merely a ‘publicity stunt.’

Minister Geerlings said, without any further explanation on the aim of the alleged ‘publicity stunt,’ the Consumers Coalition is incorrect, and this is a form of ‘cheap politics.’

“The payment arrears are part of debt servicing to be solved and is an integral part of the Kingdom Instruction towards Sint Maarten since 2015. The payment arrears also form a part of a so-called Development Policy Operation (DPO) with the World Bank since the beginning of 2018.

“In this DPO, once Sint Maarten succeeds in certain policy initiatives, an amount of budget support will be paid out by the World Bank that benefits Sint Maarten and its people.

“Government decided in consultation with the World Bank Steering Committee to take the payment arrears into account as well in the DPO program.

“As a result, in 2019 we finalized agreements on our payment arrears with TelEm and GEBE, and already started paying them back. Discussions with the General Pension Fund APS are expected to be finalized within the short term as well, while we already paid them back 50% of the total arrears in 2019.

“With SZV we signed a letter of intent. The reason for that is that the total arrears consist of a number of various amounts, some of them still to be audited by us (Government). For instance, if SZV claims amounts for the execution of the Civil Servants Sickness arrangements, we ourselves must determine if those figures are correctly taken up in their (USZV’s) annual account, and we are busy with that.

“To have at least an idea of the total amount due to SZV, and as a preliminary basis for further negotiations about how to repay this large amount, a letter of intent was signed, with clear stipulations what work still needs to be done. We also must report to the Committee of Financial Supervision Cft about these amounts regularly.

“Cft noted recently, that the Government debt to SZV diminished some years ago because of the sale of the Government Administration Building amongst other things, but has risen since then quite dramatically because of monies owed over several years related to healthcare cost etc.

“I not only tried to get clear figures with all parties with payment arrears, but for instance paid pack or solved otherwise an amount of some NAf. 50 million in arrears within the first three quarters of 2019.

“You have to know your facts and figures before you point fingers. I don’t need publicity stunts. I performed my duty and was being transparent by informing and keeping the people of our country updated with factual information about our nation’s state of affairs from a financial perspective,” Minister of Finance Hon. Perry Geerlings concluded on Monday in his statement on the matter.