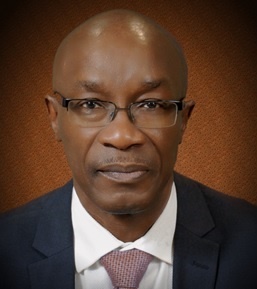 PHILIPSBURG:--- To say that the relationship between the Netherlands and the three Caribbean countries of Aruba, Curacao, and St. Maarten (constitutional states) is strained is an understatement. The Kingdom Charter a document that is some 67 years old is supposed to have established a mutual respect for all involved and adhering to the principles of democracy and might I add good governance. However, experiences over the years and recent developments have proven to be otherwise. The Council of State made some references as to what investments should be made to improve this relationship. While conditions are things that even financial institutions such as banks require to obtain a loan, the ones set by the Dutch government will not lead to improvement in our finances but further deterioration and increase in poverty. I will remain adamant that the only recourse for financial improvement is debt cancellation, not debt restructuring. I have the highest respect for the Council of State but what I have an issue with is that their advice is not binding due to no fault of their own but the insistence of the Kingdom Council of Ministers to maintain the possibility to have the final say. This behavior will not improve the relationship between the Netherlands and the 3 islands of Aruba, Curacao, and St. Maarten. The procedures that must be followed to establish a Kingdom Law is a prime example of inequality when it comes to numbers. What should be considered is the impact it will have on the countries concerned including the Netherlands. I concur with the Council of State with its reference to trust which is a cardinal prerequisite for cooperation. The Democratic Deficit has not yet been addressed. The long-awaited dispute regulation has finally found the day of light again. But for me, as long as the advice is not binding, I will not accept the Law. What must also be recognized and accepted is the pivotal role the Caribbean islands have played in the economic development of the Netherlands. I say this in lieu of a document on Britain’s slave trade written in a report done by the “Public University of Glasgow” and I quote "A nation that does not understand its history and the roots of its wealth will struggle to understand how power, finance, politics, and economics works” end of quote. My interpretation of that phrase is, that without us there would be no them. I welcome discussions based on mutual respect for the human rights of all peoples in the Kingdom of the Netherlands then and only then will our relationship improve.