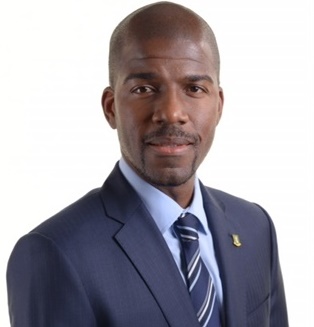 “DECOLONIZATION AND THE POLITICAL FUTURE OF THE BRITISH VIRGIN ISLANDS”

Let me begin by thanking the Virgin Islands Studies Institute at the H. Lavity Stoutt Community College (HLSCC), along with the Alliance of Talk Show Hosts, for the very kind invitation to participate in the Frederick Pickering Memorial lecture series.

I am very pleased to tag team today with international expert on governance and decolonization, Dr. Carlyle Corbin, who is a longtime friend and colleague. His presentation was thorough as usual.

Our lecture on decolonization picks up where part one of this series left off, which featured our very own internationally respected constitutional expert, Justice Gerard Ferrara QC, who made an excellent presentation on the recent constitutional history of the Territory.

Let me say at the outset that I am presenting in my personal capacity as a Virgin Islander who cares very deeply about the future of these Virgin Islands. My remarks today represent my own views and are not the official position of the Government. I also will not address the ongoing Commission of Inquiry as I believe it would be inappropriate for me to do so.

Ladies and gentleman, over the past seven months we have heard quite a bit about the next steps in the constitutional advancement of the Virgin Islands. Many good ideas have been shared about what additional provisions can be made to the existing constitution; what tweaks can be made to the Westminster model of Government to reduce friction in the political system; and how we can find a better constitutional balance between the Virgin Islands and the United Kingdom (UK). We have also heard the very serious concerns about Global Britain and what this very loose concept means for the Virgin Islands and other Overseas Territories (OTs).

All of these things are important and require our attention. However, I do not want us to get distracted from the one critical issue that must ultimately be addressed.

The single most important decision for the people of these Virgin Islands, is what year, at the very latest, a referendum on the future political status of the Territory will be held.

Let me repeat that. The single most important decision for the people of these Virgin Islands, is what year, at the very latest, a referendum will be held to decide the future political status of the Territory.

As Dr. Corbin has already mentioned, the full decolonization of the Virgin Islands requires us to go beyond our current political status as a Territory. We cannot remain an OT indefinitely. Our current status is a grey area in the international system in which we are not an integral part of UK, but still constitutionally linked to the UK. This leaves us in an awkward position of having a high degree of self-government, but a limited international legal personality in which to engage the outside world.

And let us not delude ourselves. There are colonial underpinnings to our constitutional relationship with the UK. The public registers issue is just one example of that. This is not to say that we have not made progress on decolonization, but that the process is incomplete. We should not continue to legitimize the status quo.

If we as a people are serious about the full decolonization of the Virgin Islands, we must debate and agree the latest year by which we will collectively make a decision on our political future.

I am not saying that we should have a referendum exclusively on independence, because that is not the only option sanctioned by the UN. There are also integration and free association options, which have been mentioned many times in recent months. The Virgin Islands Youth Parliament did a masterful job in debating the question of self-determination in which these options were considered.

However, ladies and gentleman, the immediate priority is not which option we choose. We will cross that bridge when we get to it. Rather, the question is: When will we choose?

This is where I believe we need to place much more emphasis at this stage in our growth and development as a Territory.

We cannot afford to avoid this issue any longer. The uncertainty is hindering our ability to prepare for our longer-term future.

It is very apparent now, that if we do not make it clear that we intend to make a decision about our political status, the Virgin Islands will continue to be subject to whatever vision and plans the UK has for us.

The Foreign Affairs Select Committee in the House of Commons has already presented their own vision of Global Britain and the Overseas Territories, which in many ways disregards our uniqueness as a people and calls for measures that would undermine our economy.

We as a people must not allow ourselves to get stuck in a never-ending debate about our political future. Now is the time to cement the timing for this critical decision that must eventually be made.

The forthcoming Constitutional Review is our opportunity. By embedding the latest year for a referendum in our constitution, we escape the trap of putting off the decision for another time. A constitutionally based timeframe would bind our Government and the UK to preparing for such a referendum.

And the UK should agree, by the way. The British people were given a referendum vote on Brexit. The people of Scotland were given a vote on independence. A referendum is nothing out of the ordinary.

Let me just make one additional clarification here. A decision on our political future is not simply about whether we like the UK or not. The full decolonisation of the Virgin Islands is about completing the process that was previously sanctioned by the UN, including the UK as one of the most important members of the institution.

According to the UN, the Virgin Islands has not been fully decolonized. This is not simply my view or Dr. Corbin’s view. This is the UN’s view. This is based on the UN’s litmus test of self-government in these islands. And we are not alone.

There are 17 Overseas Territories under the remit of the UN Special Committee on Decolonisation (Committee of 24/C-24) that are in a similar position. Thus, the UN has called for the eradication of colonialism by the end of this decade.

Ladies and gentleman, the world has already agreed that colonialism in all forms must be a thing of the past. We must now determine when we will bring to an end the last vestiges of colonialism in the Virgin Islands.

Let us not forget that our forebearers initiated the decolonisation process. The Great March of 1949 was a turning point when the people of the Virgin Islands came together collectively for the first time to stand up for their dignity as human beings and to demand the right to have a say in their political and economic future.

It is important that we do not become complacent with the status quo and continue to forge ahead on the path of self-determination.

Ladies and gentleman, in selecting the latest year by which to hold a referendum, we should consider a few things:

First, the UN has called for the complete eradication of colonialism by 2030. This decade is the window of time that has international legitimacy. The vast majority of countries in the world voted for the this at the UN General Assembly in 2020. The international community stands with us on choosing our political future.

Second, there are local public consultations under way on the preparation of a National Sustainable Development Plan (NSDP) with the support of UN ECLAC. The overarching goal of the plan is to strengthen the economic, social, political and environmental viability of our society over the course of this decade. The measure of success will be the achievement of the Sustainable Development Goals (SDGs) by 2030. If we are successful in this endeavor, we will be well positioned to continue our sustainable development, regardless of what future political status the people of the Virgin Islands choose.

The final consideration is one of a moral nature. I personally believe that we have a moral obligation to agree a timeframe for a referendum that would at least give the baby boomer generation an opportunity to participate. I am talking about the people born as early as 1945. Essentially my mother and father’s generation and those who came of age in the period after the Second World War. They have seen a lot of change in these Virgin Islands and I believe they deserve a vote on our political future.

Based on these factors, ladies and gentleman, I believe that we must call for a referendum on the political status of the Territory to be held no later than 2030.

Such a provision should be embedded in our constitution to make it extremely difficult for anyone to reverse or derail it. It is the one thing at this stage that will make a substantive difference in our political advancement.

In addition, we should of course negotiate for as much autonomy as we can get in the upcoming Constitutional Review, supported by strong provisions to police ourselves. We should be under no illusions that the extent of any real change depends on how far the UK is willing to go.

Ladies and gentleman, these are very uncertain times and achieving the constitutional and political advancements we desire, will not be easy. The process requires political maturity, social cohesion and unity of purpose. It also requires a great deal of education and awareness by the public. Let us work together in this regard as we go forward.

As I close, I would like to take this opportunity as the final speaker in this lecture series, and this round of constitutional dialogues, to commend and thank the organizers for all their hard work in organizing these events:

Thank you. You have done a great service to the community.

I do hope another series of lectures will be organized in due course. The previous presenters also deserve much credit for their contributions to the dialogue.

I thank you for your attention.