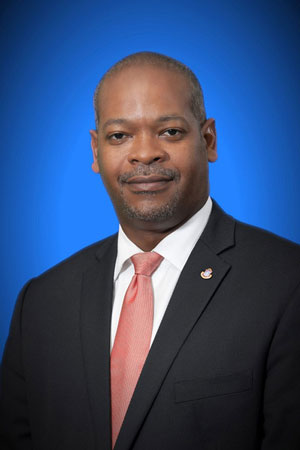 GREAT BAY:--- Minister of Public Health Social Development & Labor, Cornelius De Weever has notified the leader of the Democratic Party Sarah Wescot-Williams that he has now officially resigned from the party.
Minister De Weever informed the leader that due to the manner in which she and/or the DP publicly tried to portray me in a negative light, I have decided to reconsider my future with the DP and hereby RESIGN my affiliation with the Democratic Party. I campaigned as a New Democrat with a "new" Democratic Party but it is readily apparent to many that it is the same old political strategy of trying to shame and blame.
Minister De Weever further stated that he expected an internal "issue" to be handled internally, professionally and avoid giving others more ammunition against St. Maarten. "I expected to be treated fairly and equally and I will not get into the many adjectives used by you in your letter to me. Consequently, by means of this letter, I tender my resignation from the "old" Democratic Party, effective immediately," said Minister Cornelius De Weever.
The minister would like to further thank the Democratic Party very much for the opportunities afforded to him and he will continue to work with MP Wescot-Williams and all other parties in Parliament where the original Democratic principles of taking care of the people will guide me through every decision I make.