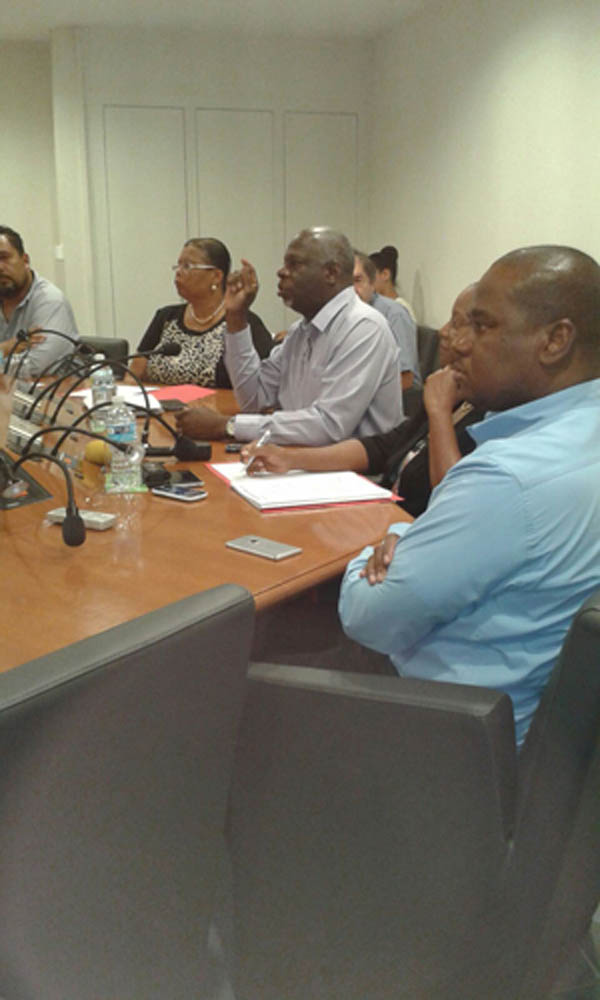 MARIGOT:--- Residents, business owners, school children and visitors to the island were left in a state of disarray on Thursday when they found themselves trapped on the French side of the island. During the morning hours’ protestors and the 15 member committee members that are protesting the PLU law that is to be implemented on St. Martin blocked all entrances leading to Marigot.
The committee members are demanding that elected officials scrap the current PLU law and start over, but first they must properly inform the community of St. Martin about this law since the law will infringe on the rights of locals mostly those that occupied domain land.
Earlier in the day on Thursday the committee members met with elected officials who simply could not grant them their wishes, each time they met with elected officials they did not get the results they wanted thus they extended the blockage throughout the French side. When this happened several visitors to the island that were transported by taxi to the French side were trapped on this side of the island due to the road block. Management of the St. Maarten Harbor Group of Companies and the police department jumped into action by sending a boat over to Marigot to transport some 75 passengers back to the Dutch side by sea. Persons from the French side working on the Dutch side also could not get home after work since all extrances in out of the French side were completly blocked up to late Thursday night.
Senator and First Vice President Guillaume Arnell travelled back to St. Martin on Thursday from France and he immediately met with elected officials including the independents before meeting with the committee members, that meeting lasted until after 6pm before an agreement was reached.
Sofia Carty said that the elected officials agreed to what they are demanding which are the following:- 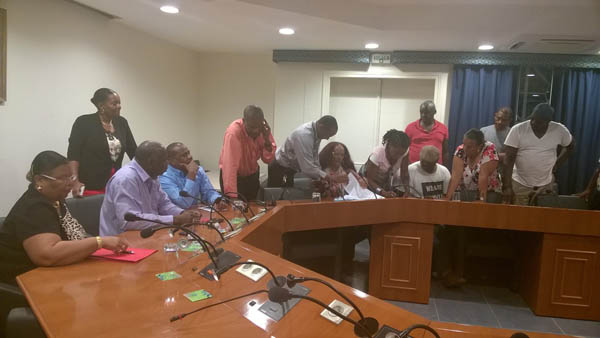 Carty told SMN News while waiting at the Collectivity of St. Martin for the signed agreement that as soon as they receive what they agreed upon in writing they will stop the protest action they started on Thursday morning. She said that the same speed they used to block the roadways on Thursday is the same speed they will use to remove the blockage when they get the signed agreement from the Senator and First Vice President Guillaume Arnell.

It was clear Thursday night that the protestors were not going to stop the protest action until they get exactly what they wanted. The COM must annul the decision they took on the PLU law in their next deliberation, they also must stop the enquiry that is presently taking place and grant home owners the title for the domain land they occupied without having them pay for it, while they also have to investigate the activities at Grand Case.

Up to to 10pm Thursday night the committtee and its supporters were still at the Collectivity waiting the sign the document that will guarantee that the Territorial Council will carry out what they have agreed upon during their negotiations.

According to one of the organizers those persons that were drafting the agreement did not include all the points that they agreed upon which caused all parties to go back around the table until the committee and its members got what they wanted on paper. The organizer said they eventually got want they wanted on paper and the agreement was signed just before 10pm Thursday night.

Click here to read the signed agreement between the COM and the Collectif that protested against the PLU.