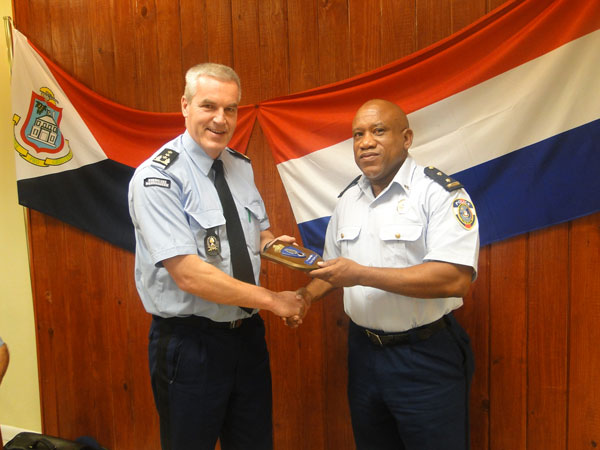 PHILIPSBURG:--- On Tuesday, January 19th at approximately 09.00 a.m. the Lieutenant-General Harry van den Brink, Commander of the Koninklijke Marechaussee, who is presently on a working to the island-countries within the Kingdom of the Netherlands met with the Police Chief Commissioner Carl John and his management team at the Philipsburg Police Station.
The visit was to discuss the present working cooperation between the two entities and also how to further strengthen this cooperation for the future. The discussions lasted for approximately 45 minutes and were very informative. Both Commander van den Brink and Commissioner John were happy with the outcome of the discussions and look forward to future meetings for follow-up discussions.