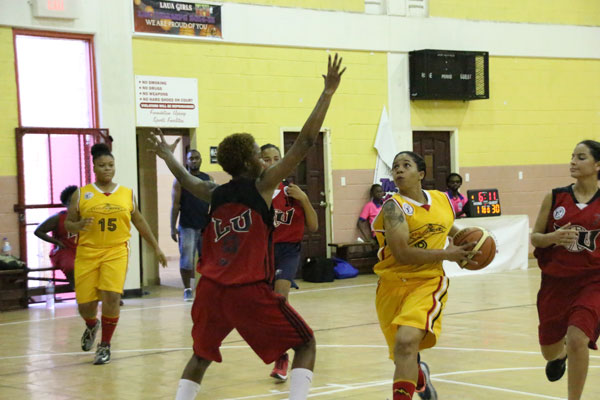 The second game of the afternoon saw Lightning taking on Thunderz. This game was competitive throughout and had Lightning leading 34-26 at the half. Lightning expanded their lead to 11 at the end of the third and continued to put pressure on Thunderz and won 60-41. Lightning had a balanced attack with Jamaiah Newton – Herbert and Selah Fleming with 11 points and Micaela Galva and Tsjaquilla Jeffrey with 10 points. Thunderz was led by Claudia Fleming with 19 points and Joyette Lloyd with 12 points.

Games continue this Sunday for U16 teams at 2pm and senior teams at 3pm as Lightning take on Learning Unlimited and at 5pm as Bush T Remedy take on Thunderz.