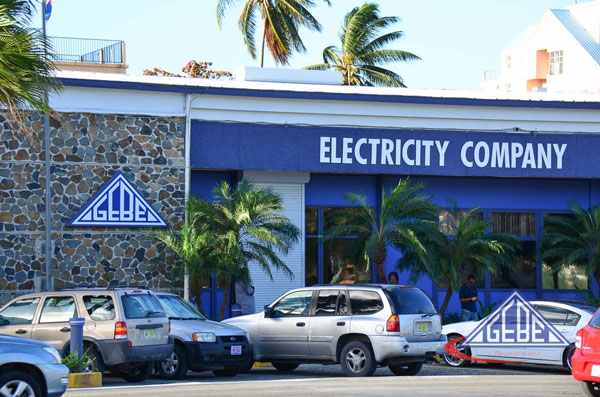 PHILIPSBURG:--- Last week, the Management of NV GEBE released Key Performance index figures of 2015 to the Supervisory Board. These figures are used periodically to monitor the progress of ongoing projects.
One such project is the Non-Revenue Water (NRW) Project, better known as the Water Loss Reduction Project. NV GEBE has been meticulously working on reducing water losses since 2014.
As one of the main priorities of the then newly installed board, management and staff of NV GEBE set out a plan to increase the efficiency of the water distribution system.
As a result, the performance indicators show that water losses which were peaking close to 40% (38.3%) in 2013, decreased to 34.9% in 2014, and there was a further decrease in water losses recorded in 2015 dropping to an average of 29.5%. This is the first time in six years that water losses have been recorded below 30%.
NV GEBE acknowledges that there is still a long way to go to reduce the water losses even further. The aim is to have the NRW reduced to less than 20% by the end of 2017.
In order to meet this goal, the Supervisory board and management has committed to continue its ambitious NRW plan. Over 13 million guilders have been earmarked for water projects in the 2016 budget. The requested amount for the continuation of the project in 2017 will be approximately the same.
The Water Loss Reduction project consists of among other actions: locating and repairing major leaks, switching consumers to digital meters, installing bulk meters to better monitor water distribution, water tank repair, replacement and new tank installations and customer awareness programs.
Some of the above mentioned actions were clearly visible by the community in 2015. NV GEBE would like to thank the hard working staff for their tireless contributions as the results are reflected in the 2015 performance of the company.
Not only the water losses decreased in the period 2014-2015, but the electricity efficiency also improved. The electricity losses were on average 8.7% in 2013. This decreased to 7.4% in 2014 and 6.8% in 2015. This shows that NV GEBE is operating within industry standards of electricity efficiency.
The Supervisory board and Management are counting on the continued support of the community as they are committed to improve and serve you better.