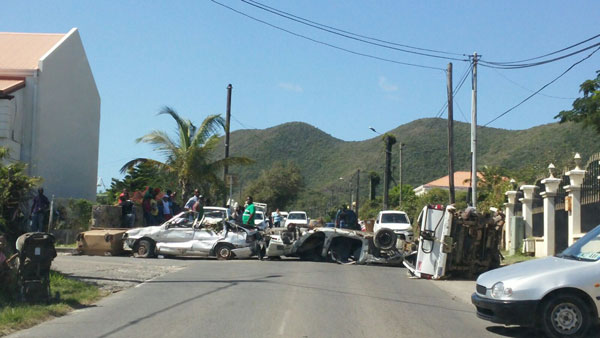 PHILIPSBURG:--- The group of merchants from Orient Beach who started a protest by blocking the roads leading to Orient Beach on Wednesday continued their action on Thursday morning even though they met with officials at the Prefecture and Collectivity of St. Martin on Wednesday.
On Thursday morning Gendarmes were on the road as early as 5am removing the blockades but shortly after they gave up especially in the French Quarter area.
Several residents even those that are part of the community councils supporting the four restaurant owners that are protesting the high rent imposed by the Collectivity. Throughout French Quarter garbage bins, trucks and old vehicles can be seen all over the road preventing workers and residents from moving freely on the main road. 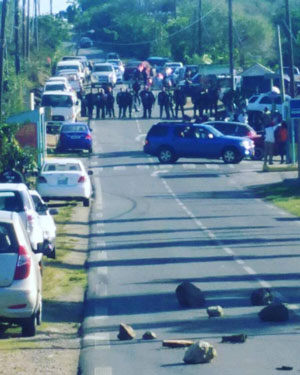 Several old car wrecks seemingly were taken from a towing garage and placed on RN 7 in the vicinity of Hungry’s Towing Company stopping the free flow of traffic on this side of the island.
Captain of the Gendarmerie Magnion told SMN News that from 5am on Thursday they started to clearing the roadways but residents and those protesting have replaced the blockage. Magnion said at some point they have to give up especially in the French Quarter area since they are unable to get the cooperation from the protestors and residents of French Quarter. Currently all main entrances coming from the Dutch side to French Quarter are blocked with old cars, trucks and garbage bins. 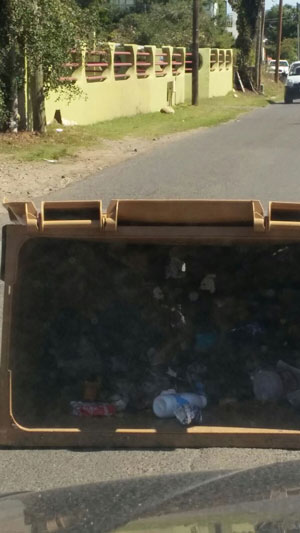 The local proprietors said that they started this protest action to draw the attention of the elected officials to their plight at Orient Beach as well as a number of other issues they say are affecting them some of which they said concerns the PLU, the domain land at Galion Beach. According to the release from the protestors they said they are now approaching nine months of not being able to work, therefore they are committed to continue with their protest action until they are able to get the attention of the Members of the Territorial Council.
On Wednesday night the President of the Collectivity Aline Hanson said that they COM already voted in February to decrease the rent for the 4 restaurant owners that are protesting and now they have also decided to eliminate 9 months of rent for the four business people. So far it is not clear when the protest action will come to an end.