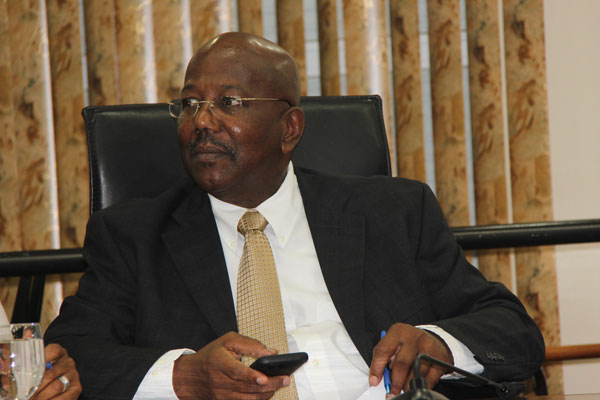 PHILIPSBURG:--- Prime William Marlin told members of the media during the Council of Ministers press briefing on Wednesday that he was invited to Parliament to discuss the agreement government signed with SZV regarding the sale of the government administration building.
Marlin said when the meeting was first convened the deputy Prime Minister sat in for him since he was off island and the opposition MPs of Parliament who called for the meeting asked a barrage of questions. Marlin said on Tuesday he went to Parliament to provide the answers to the Members of Parliament but during the second round the UPP MPs made a lot of political statements and then they walked out of the house of parliament leaving the Prime Minister hanging in Parliament. Marlin said the UPP called for the meeting and even though they did not have the majority to form a quorum, MPs who forms part of the coalition gave the opposition the quorum in order for the meeting to take place.
Marlin said one of the remarks made by one of the MPs from the opposition was that his duty was to report to parliament and answer questions. Marlin said he was there and answered the questions that were posed in the first round, but the UPP chose to make lots of political remarks before heading towards the hill leaving the people of St. Maarten and their constituents uninformed. He said it is clear that the UPP showed their lack of respect for the people of St. Maarten, and parliament.
Marlin further elaborated on some of the questions asked by the MPs one being the tiling if all of it will be ripped off. Marlin said that SZV has to change the entrance tiles since the best tiles were not used in the building, they also have to engrave the coat of arms at the entrance to boost the outlook of the building. He also addressed the parking which he said will shift since APS was awarded a parcel of land next to the government building to build a three floor parking garage. That garage should have 400 parking spaces, one floor would be for government while the other two floors will be private parking. He said the current parking space is not enough and as such a parking area will be in front of the building, while Ministers will park at the back of the government building.
Another issue Marlin gave clarity on is the statements he made when he said he will move in the building on Emancipation Day if needed. Marlin said while he made a joke in saying that it also shows that government is on top of their game in trying to get the building ready for occupancy as early as they could.