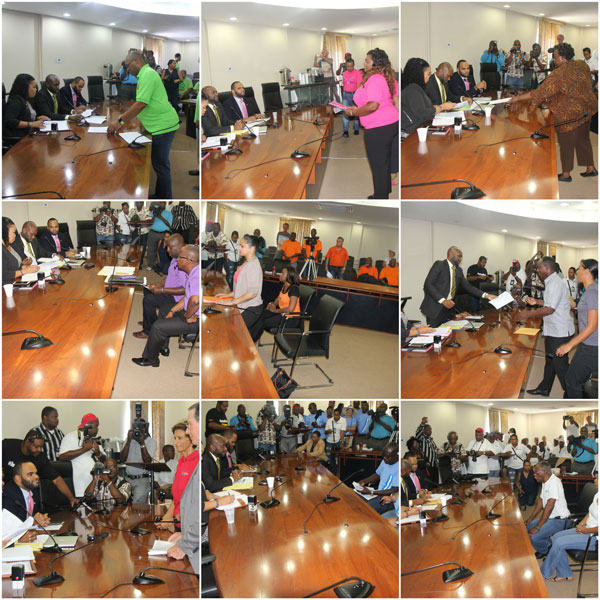 Hope leader became emotional as she made a statement.

Click here to view photos of the submitting of political lists on Monday to the voting bureau.