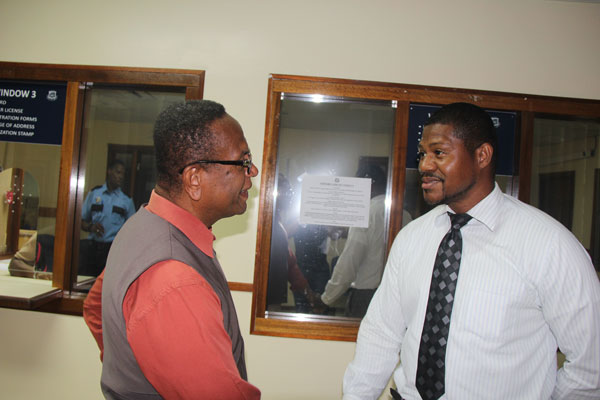 PHILIPSBURG: --- Of the five political parties that had to secure 146 signatures at the Census Office on Tuesday to qualify their list to contest the September 2016 Parliamentary elections. The St. Maarten Christian Party (SMCP) surpassed the amount by 1:00pm on Tuesday. The leader of the SMCP Wycliffe Smith told SMN News that at 1:30pm his party got 165 signatures and people were still in the line and some more on their way to endorse his party. With a number of signatures, SMCP received on Tuesday qualified the SMCP to contest the upcoming elections.
At the Census Office, Terry Peterson was there and he endorsed the SMCP, asked by SMN News how is it possible that he Peterson postulated on one list but is endorsing another list, Peterson said that the SMCP did not exist when he resigned from the National Alliance and that most the views of the SMCP resonates with some of the areas on his platform, Peterson also referred SMN News to his Facebook page where he said he publicly endorses  his views on SMCP

Asked if his views and that of the SMCP are the same why he did not postulate on their list. Peterson said that  when he left the National Alliance  and  went to the United Peoples Party the SMCP did not exist but now he does not want it to look as though he is jumping around the place, thus he endorsed the party but remained on the one he ran with after he left the NA. 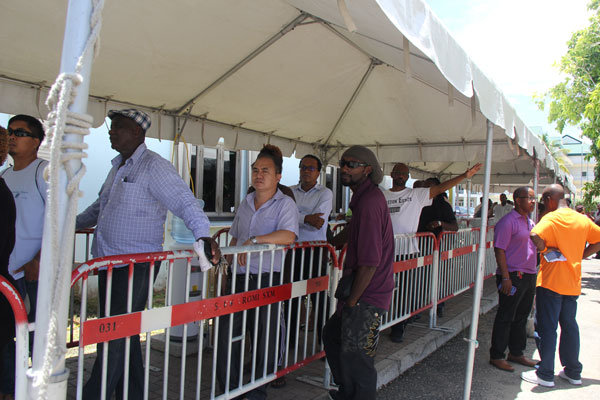 The St. Maarten Development Movement (SDM) headed by Benjamin Ortega secured 144 signatures by 2:00pm on Tuesday. Ortega was very confident when he spoke to SMN News around midday on Tuesday. Ortega said he has a lot of support and his supporters will come out
The One St. Maarten People’s Party (OSPP) headed by Lenny Priest secured 92 signatures by 2:00pm.
The Peoples Progressive Party (PPA) received 74 signatures by 2:00pm.
However, the HOPE political party headed by Mercedes Wyatt was trailing behind by midday Tuesday, Wyatt told SMN News that she had only gotten 47 signatures by 2pm. Wyatt whose well known in the community and has supported several organizations were very disappointed that those she supported over the years did not come out and support her. “When people see me on the road they will tell me they admire me and that they are supporting me but today is the day for those same people who told her they are supporting her is nowhere to be seen. I remain optimistic that she might be able to reach the finish line by the end of the day since she is fully aware that people are working.”

me they admire me and that they are supporting me but today is the day for those same people who told her they are supporting her is nowhere to be seen. I remain optimistic that she might be able to reach the finish line by the end of the day since she is fully aware that people are working.”

The only political party that did not get the required amount of signatures by 4pm on Tuesday are listed below. 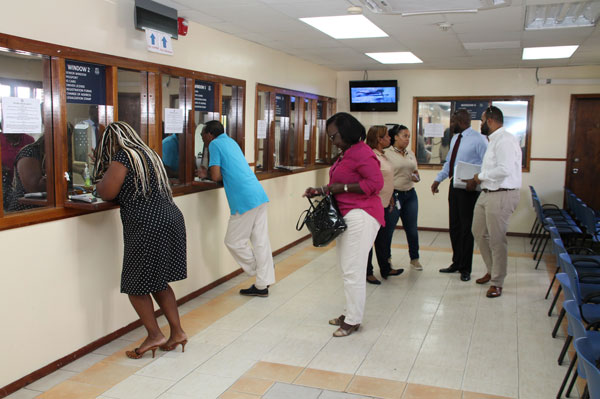 On Friday, August 12th 2016, the Central Voting Bureau will meet to examine the lists that were submitted and shall also take note of the endorsement list of each political party that needed to be endorsed (Article 28, paragraph 1 Electoral Ordinance). All parties will be informed on Monday, August 15th, 2016 regarding the findings of the Central Voting Bureau and if there are any omissions that need to be remedied. Political parties having one or more omission will be granted a period to remedy said omission. In accordance with article 30 Electoral Ordinance, there will be a public meeting in which the Central Voting Bureau will decide upon the validity of the lists.

Click here to view photos of the endorsement procedure on Monday.