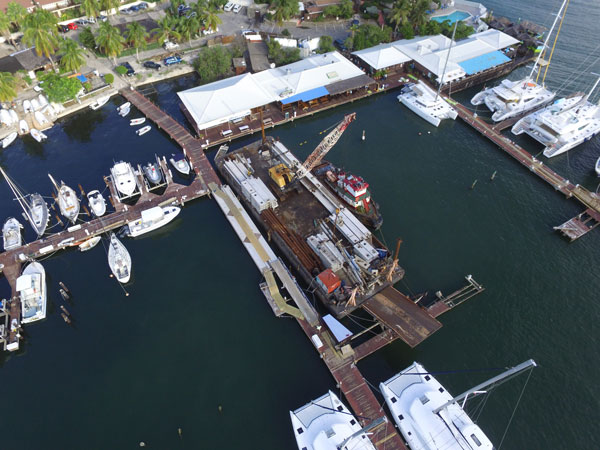 PHILIPSBURG:--- The Democratic Party feels that before damaging the cooperation between the Northern and Southern halves of the island, all efforts to find a speedy resolution locally should have been exhausted before escalating the conflict by boycotting the St Maarten/St Martin Day celebration, a celebration of unity and friendship by the people and for the people. Nobody in Paris or the Hague is impacted by the boycott of a local event; the only people impacted are the very people we have sworn to protect. Despite a personal request from the President of the Collectivity, Mrs. Aline Hanson to participate, the St Maarten Government refused to participate. (note 1) The DP feels that not enough emphasis on finding a local solution was made. Up to November 11, 2016, no meeting between local stakeholders was held to try to discuss, understand and find a compromise to this conflict.
Therefore the DP suggests that Parliament amends it recent decision to include an instruction to government to open the channels of dialogue with the local French authorities, such as Prefete Laubies, President Hanson, Senator Arnell and MP Gibbs.
The dispute between the French and the Dutch regarding ownership of the Oyster Pond lagoon has been raging for many years. The Dutch side claims full ownership of the Oyster Pond water area and the French claim they own half of the water area. Since Captain Oliver’s is partially on the French side and partially on the Dutch side, their business is most directly affected by the dispute. While a political resolution is being worked on, the agreement has been that the “status quo” would be maintained.
Recently, Captain Oliver’s embarked on a project which involved changing the current wooden structure to a concrete structure, which in the French opinion, constituted breaking the agreement to maintain the status quo. The reported heavy handed approach of arresting the owner and staff of Captain Oliver’s was unnecessary and therefore condemned by the DP; a simple stopping of the work to allow for clarity to be obtained would have been sufficient. Based on the Kingdom Charter, since the Kingdom is responsible for foreign affairs, the action of Parliament to request the Kingdom to work urgently to resolve this issue was also supported by the DP. These are the 2 resolutions in the motion of Parliament.
The dispute in reality revolves around the fundamental question of “what is the status quo?” From the Dutch side perspective, replacing the wooden docks with concrete is just maintenance. From the French side perspective, bringing in a crane and barge to replace the wooden decks with concrete is a major change to the marina and therefore violates the status quo agreement. (See note “points from Parliament meeting)
Since the futures of St Maarten and St Martin are tied together, the DP believes that maintaining open dialogue and an atmosphere of cooperation is important to the future of our island. Since the consequences for a break down in cooperation won’t be felt in Paris or the Hague but here on our island, the DP feels that government should act mature and try to solve things with local stakeholders. “Given some of the issues that respective local governments have with their European counterparts, wouldn’t this have been an ideal moment to demonstrate that no matter what, the people of St Maarten and St Martin will stand united and work in the best interest of our island?” stated the DP.
If cooperation and friendship break down, it is the people of our island that will be the losers. As St Maarten explores tax reform, some level of synchronization and cooperation with St Martin would be beneficial. As St Maarten works to build a new hospital and reform health care, some level of synchronization and cooperation with St Martin would be beneficial. As St Maarten works towards a sustainable and environmentally responsible waste management program, some level of synchronization and cooperation with St Martin would be beneficial.
While a kingdom level solution is required as a permanent solution and should be pursued with renewed vigor, the DP is of the opinion that a speedy and local solution is possible that would allow St Maarten/St Martin to maintain its years of cooperation, unity, and friendship. Actually, all efforts should be made to increase and improve cooperation. A long and drawn out fight will ultimately only damage the interests of the people of St Maarten/St Martin.
“The wording of the parliamentary motion passed on Thursday last without some form of dialogue with our local French counterparts will only add oil to the fire,“ commented the DP.

Note 1: Council of Minister’s Decision (COM)
During the recent COM meeting where discussion about boycotting the St Maarten/St Martin day celebration was held, Minister Lee objected to boycotting the celebrations without making efforts to reach out to local stakeholders to address the issue prior to boycotting celebration events. A proposed amendment to the decision was made by Minister Lee and agreed upon by the other members of COM. Based on conversations, it appears not to have been followed through.
Note: Points from Parliament Meeting
During the Parliamentary debate, the DP faction pointed out the inconsistency between PM Marlin’s comments and those of the Motion. PM Marlin referred to “maintenance” of the docks while the Motion referred to “upgrade.” Although the comment was disregarded, it now becomes clear that this point was actually a critical point.
It was also asked if a building permit was requested and/or issued. According to the PM, inquiries were made, but what was subsequently done remains unclear. The PM brushed aside the question whether a permit was necessary and whether such was requested.