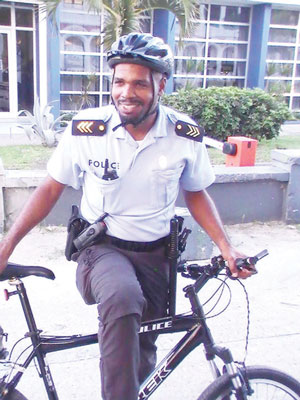 PORT DE PLAISANCE:--- In a world in which radio talk shows, employees, and the general public tend to lambaste political and other leaders for a lack of integrity and transparency, it is refreshing to know that leaders worth following still exist on St. Martin and the world. Therefore, on December 3rd, 2016, Victorious Living will host VLF’s Leader Worth Following Awards at La Terrasse Port de Plaisance from 7-9:30 pm. This inspirational event is designed to encourage, stimulate and inspire leaders to be leaders worth following. Proceeds are earmarked to empower and transform the lives of struggling youth and families through VLF’s counseling, coaching and training services.
After hosting Leadercast, the world’s premiere and largest one day leadership simulcast for the past four years on St. Martin, Victorious Living decided to continue to lead the way in encouraging, developing and cultivating leaders worth following, through its Leader Worth Following Awards. Co-owner and former CEO of Leadercast, Keith Wilmot expressed his congratulations to Victorious Living and the awardees, Ambassador Alicia Liverpool of the David Company and Dame Asha Stevens, co-founder of the Hillside Christian Schools on their accomplishments, via video. Wilmot spent twenty years leading marketing and innovation for global brands, such as Coca Cola. His team was responsible for solving complex business challenges by translating insight into actionable, commercial ideas and also built global creativity and innovation capability throughout the system.
Victorious Living is also honouring Officer Gamali Benjamin, slain in his call of police duty, post-humously as a “beyond you leader,” the category of leadership that is being recognized during this year’s Leader Worth Following Awards. Acting Public Relations Officer, Inspector Steven Carty described Benjamin’s service in glowing terms. “Gamali Benjamin joined the Police Force in April 1 2005. He was committed to his call, serving tirelessly and with integrity. He was respected by his colleagues for his perseverance and dedication. His discipline on the job and his commitment to the job were evident in the execution of his daily core responsibilities. Everything he did, every time he put on his uniform, every time he cycled his route, every time he stopped to greet persons on his route, he showed his true colours. His passion for what he did permeated the fabric of his being. He was a team player and worked earnestly to contribute to the sustainability of the Organization. Although not a veteran officer, he strove to play his part in strengthening the Force all the while remaining true to himself, his own values and morals. He cared for the people of St. Maarten and his daily actions clearly conveyed that love.”
Tickets for VLF’s Leader Worth Following Awards are available at Van Dorp, Adolphus Richardson Office Supplies and Victorious Living. Visit www.victoriouslivingsxm.org /call 1-721-524-8731 for details.