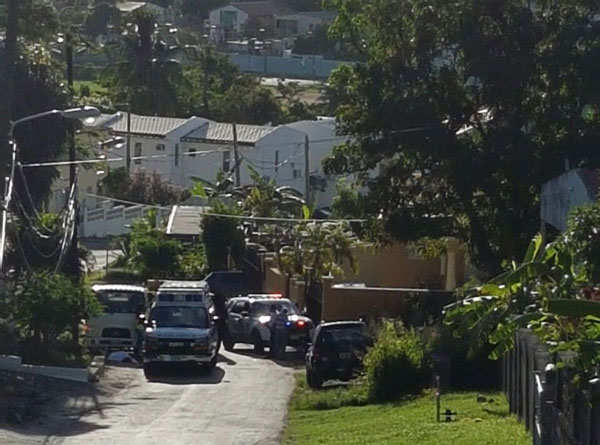 PHILIPSBURG:--- Ambulance and police rushed to Gladiola Road Mary’s Fancy on Thursday afternoon when a construction worker fell and died on the spot. Even though police and ambulance personnel was on the scene, interim police spokesman Steven Carty said he was not aware of the incident.
Based on information SMN News received from bystanders is that some construction workers were working on a property located at Gladiola Road and one of the workers who was busy mixing cement across the street fell down and died on the spot. The dead man’s body was seen covered with a white cloth in front of the home of the Secretary General of the Justice Ministry Ruben Thomson.
Details on the incident and the health conditions of the deceased could not be obtained at the time this article is published.