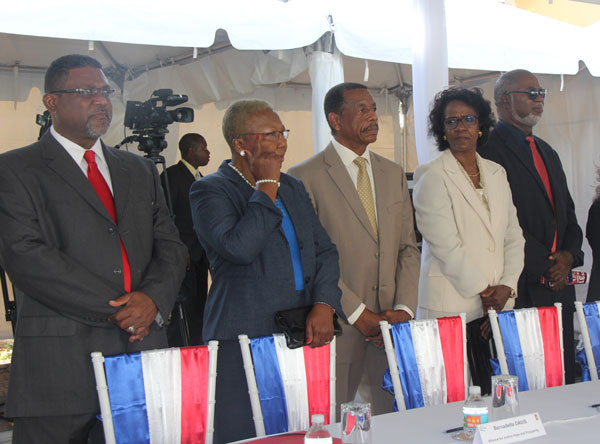 Marigot:--- The current opposition Territorial Council members will lose a number of rights since neither of the two opposition parties has enough seats in the council to form a group. The law requires that a group must have 5 seats in order for them to gain certain benefits which are paid by the Collectivity.
Some of the benefits the opposition will lose are the right to an office, office equipment, fees, documentation, mail service and a personnel member to manage or assist them. Another right the current opposition members will lose is a page in the Bulletin Territorial.
As it is now Alain Richardson, MVP will only contest and vote his conscience as he can be considered as an independent member of the council. While the Alliance for Hope, Justice, and Prosperity with four seats can do more in the council but since they lack one seat to form a group and there is no working relationship with Louis Mussington and Alain Richardson, the two parties will not form a group.
On Sunday, the division of the two group became abundantly clear when Alain Richardson of MVP, made the Council voted for each member of the Executive Council when he realized that he could not get in as a member. Another obvious act that raised eyebrows was when Marthe Ogoundele Tessi stood up showing her desire to be part of the executive council, claiming that she felt that her party would have gotten two seats and she stood up in order to block the opposition (MVP) from getting the seat, one of the things that Ogoundele Tessi did not realize was that her party MJP did not contest the second round, but instead they formed an Alliance with HOPE and if the Alliance had gotten two seats as she had expected then it would have been obvious that Jules Charville would have been the candidate for that second seat. 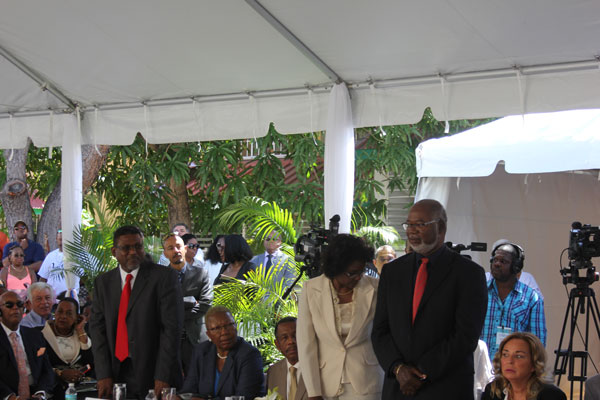 It is even more worrisome to see Alain Richardson (MVP) chose not to unite or form a group with the Alliance now that he is a member of the council to form a strong opposition. Sunday’s episode showed that the two opposition parties were not fully prepared for the installation ceremony or they either chose to do the things the way they did on Sunday. Due to the long procedure, all of the invited guests from the Dutch side of the island and Anguilla left as soon as the 23 member council entered the salle deliberation for the first meeting of the council.