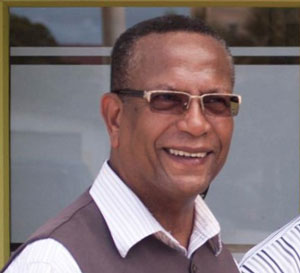 PHILIPSBURG:--- The Central Committee of Parliament will be meeting this week to discuss several issues. One such issue is the verdict pertaining to the Integrity Chamber. Isn’t it ironic, that the Central Committee has only now decided to meet to discuss the verdict handed down by the Constitutional Court in July 2016, detailing its reasons for rescinding the Integrity Chamber law? In January 2017, the parliamentarians listened to a passionate presentation by the Honorable Minister of General Affairs against the appointment of a Dutch quartermaster who, by the way, was one of the conditions in the Integrity Chamber protocol, agreed upon by the Government of Sint Maarten. In April, the Minister of General Affairs was back in a Central Committee meeting with another ardent presentation, in order to garner support against a pending Kingdom instruction whereby the Government of Sint Maarten would be forced to establish the Integrity Chamber. After basically supporting the Prime Minister’s stance on both occasions, parliamentarians now deem it necessary to go back to the ruling of the Constitutional Court and get the needed advice. I believe that the Central Committee should have done this immediately after the July 2016 ruling, prior to concurring with the Prime Minister on this matter. According to me, Parliament is now putting the cart before the horse. This step should have been taken in July 2016 or shortly thereafter. Nevertheless, as we say, better late than never.

Another issue where the cart is being placed before the horse is the matter of the three integrity reports and the baseline study conducted by the General Audit Chamber. These reports were published and made available to Parliament as well as to the general public during the course of 2014 and 2015. How is it then possible that the members of the Ad Hoc Integrity Committee of Parliament, in their last meeting, supported the request made by a Member of Parliament to have the writers all of these reports come to Parliament to present their findings and explain their recommendations? This may sound like a great suggestion but it should have been made and carried out shortly after these reports were received by Parliament. Furthermore, it may be quite difficult and costly to have the authors of especially the two international integrity reports come back to Sint Maarten to give their presentations to Parliament. However, if the members of the Committee are of good faith, which I think they are, they can start immediately by inviting the staff of the General Audit Chamber, which is a government advisory body, to come to Parliament to explain their findings and expound on the recommendations that they gave in their 2014 Baseline Study on Institutional Integrity Management. While they are at it, the Committee should also request them to talk about the Chamber’s latest study concerning the lack of transparency in appointments of members to supervisory boards of government-owned companies. According to the Chamber, this “lack of transparency is worrisome”. In addition, if the Ad Hoc Integrity Committee is serious about dealing with the integrity reports it is very possible for them to invite the writers of the Samson-Wit Integrity Report “Doing the right things right” to Parliament. Two of the members live on Sint Maarten, namely attorney Richard Gibson, our current Minister of Finance and Mr. Jan Beaujon, a member of the Council of Advice. It is the time that our Parliament starts putting the horse in front of the cart and begin to do the right things right.

According to google, the word parliament stems from the French verb “parler”, which means to speak, which makes a lot of sense, since this group of people assembles to talk about laws and issues. After six years, however, Sint Maarteners would like for Parliament to go beyond the “parler” and initiate and pass laws as well as ensure that motions passed are executed. During the Central Committee meeting in which parliamentarians discussed the timeshare authority law, several Members of Parliament were proud to announce that this was a historic meeting because Parliament’s very first initiative law was being discussed. Instead of celebrating, parliamentarians should have bewailed and lamented the fact that Parliament, in its six years of existence, has not yet been able to pass one initiative law. Another example of an initiative law that has gotten lost in the bureaucratic mill is the ban on the import, distribution, and sale of disposable plastic bags. Given the need for such a law and the support that it garnered from, for example, the Sint Maarten Pride Foundation and the Chamber of Commerce and Industry, one would have expected that this initiative law, which was submitted to Parliament in April 2013, four years ago, would have been passed and be in effect by now. It is sad to have to admit, that after six and a half years our highest legislative body has not even passed one initiative law. So much for being an example of productivity in our country and for our people.