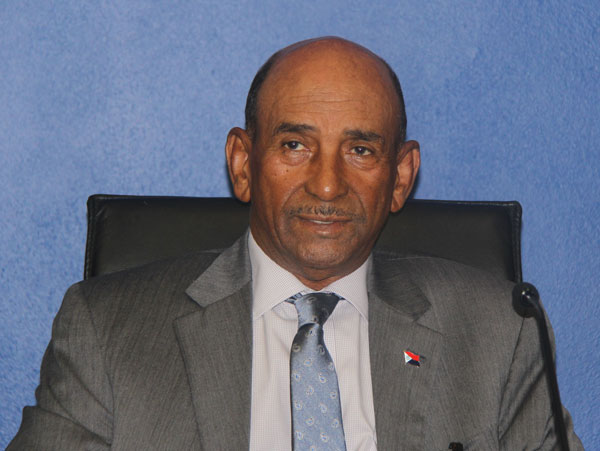 PHILIPSBURG:--- Minister of Finance Richard Gibson Sr. announced on Wednesday that his Ministry is busy preparing a legislation which will soon be presented to the Council of Ministers. This legislation is aimed at getting residents to fully disclose their income taxes. The Minister said each year the country have been struggling to balance its budget simply because government does not have enough funds to cover its expenses. He said during the last two years lots of efforts and steps were taken to balance the country’s budget and to pay off debts that were accumulated over several years while his Ministry is also working on how to gain more revenues. Gibson Sr said that their efforts are ongoing while several products have been developed and are in the pipeline to structurally increase government income without putting the extra tax burden on the local population.
He said that unreported income and undisclosed assets locally and abroad is a plague that every country suffers from and in order to cope with this other countries put special programs in place to provide their citizens to correct their bad behavior by giving them an opportunity to file their unreported income and disclose their assets they acquire from unreported income.
The Minister said with the new legislation will give citizens to come clean without penalty, however, this is a one-time opportunity. He said the aim is to collect much need income for government.
The Minister of Finance reminded the people of St. Maarten that as of January 1st, 2018, the Common Reporting System (CRS) will take effect worldwide. The CRS will require financial institutions to report to the tax institutions all over the world to automatically report to the tax authorities of the country of residence of account holders all financial holdings of the resident.