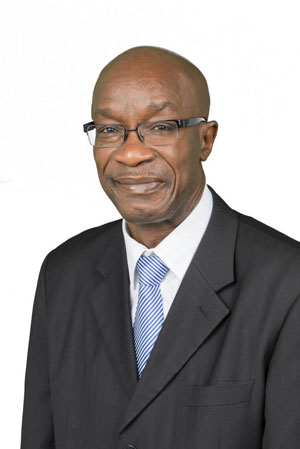 PHILIPSBURG:--- Member of Parliament George Pantophlet says that he must applaud the Minister of Finance Richard Gibson and his cabinet for making it possible to have consecutive balanced budgets for 3 years, no small feat and also presenting it on time to Governor drs. Eugene Holiday. This is really no small feat. One should not underestimate the heated debates that possibly took place during the discussions on where and how much to cut. Every ministry has its priorities and probably some more than others but in the final analysis, a compromise had to be reached as time was of essence. If government continues on this trend which also should include surpluses then it means more funds available for government to meet its vital responsibilities. We are all aware of the issues with the Police force relating to the function book, payment arrears and so on. The much-needed repairs to schools and much more. What must be remembered is that with 5 years consecutive balanced budgets there is a possibility that the Committee for Financial Supervision will no longer be needed. Some might want it to be in place while others like myself would prefer that not to be the case for the simple fact that they determine whether the budget is feasible or realistic. While parliament and government have the responsibility of providing serious needed social welfare to those who are in dire need of such. In his opinion, the CFT looks at figures and he looks at people. He believes the way forward is to have a department set up separately to look at the financial management of each ministry. This was started in the past but for some reason, it was halted. What must be ensured is that there is waste management and he is not talking about the sanitary landfill. It is a discipline that all of us need to practice. Finally the mention again by the Minister of the 40 million guilder upgrade a long awaited process for a long neglected Inspectorate of Taxes is of utmost importance. We are in the 21st century and modern technology is available. It should not be that almost for some 25 years now one still has to wait 2 years or more to collect his or her tax refund. The United States of America pay their tax refunds in April of the following year. Case in point on April 2017, taxes for 2016 were paid. Again congratulations to the ones involved in having this draft budget ready on time. No small feat.