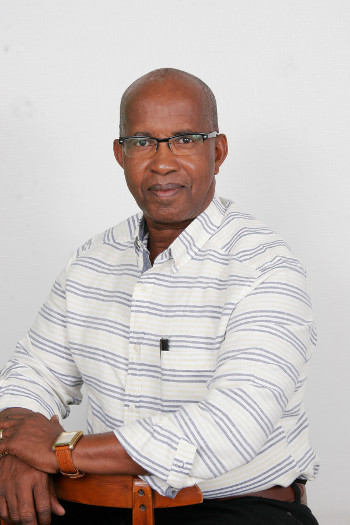 PHILIPSBURG:--- Leader of the One St. Maarten People Party Lenny Priest, says he will be contesting the coming elections on the ballot of the National Alliance.
Priest has over the years been very vocal about issues he deems pertinent to the St. Maarten community including the introduction of a loan guarantee program for local entrepreneurs which would allow them the funds for start-up while stimulating the economy and a scheme to help low-income families own their own homes.
“If ever there was a time to put our differences aside and work together in the interest of rebuilding our island home it is now and I am dedicated to working with all who have the same goal and are willing to put egos and personal interests aside to do what is best for St. Maarten and her people. One of the issues bemoaned by the people over the past few election periods is that there were too many captains and not enough cooks so to speak. The people indicated that with so many parties contesting the elections it became distracting and left them unable to concentrate on issues as well as split their loyalties. At this phase in our young history we must be responsible and ensure that the people’s business is our top priority. I am taking a step back from leading the OSPP to become a cook on the list of the NA for this election—a party which I believe at this time feels the urgency I feel to get St. Maarten back to business as the gem of the Caribbean,” Priest said.
Lenny Priest is no stranger to the NA since he served as a Commissioner of Finance and Harbour under the SPA in the former Island Territory of St. Maarten with former NA party leader William Marlin and has on occasion worked with other members for what he terms “the interest of St. Maarten.” Priest, while a candidate with well thought out ideas that gained momentum during the 2016 elections, has not been a member of the government of St. Maarten for more than a decade. Despite this, he continued to make numerous propositions to government that he believes would stimulate the economy, provide more economic stability and protect workers from the abuse of the short-term contract among others. He strongly believes that one short-term contract can be given and if the employment continues after that the person must become in permanent employment.
“There were already many issues on the island that its people needed addressing long before hurricane Irma, but since the passage of the hurricane some of these issues have become more pressing while others have surfaced. Now is the time for us to come together across party lines and contribute all our skills and energy in the rebuilding effort. I want to serve my island and her people and I humbly ask others to do the same. After all, we are St. Maarten,” Priest stated in a press release.
St. Maarten goes back to the polls on February 26, 2018 in the hopes of electing a new government that will serve its full term without being brought down by “ship jumping”. The island has had four different governments since becoming a country with the Dutch Kingdom in 2010 with the possibility of two different governments being formed in 2018 for a total of six governments in a seven-year period. By all counts, this is unheard of in modern history. This changing of governments over a seven-year period has left many residents disillusioned and frustrated with many indicating that they will not be voting this election. But I am appealing to all voters to go out and vote as our fathers and forefathers have fought hard to make this possible for us today.
“This cannot continue, we must provide stability to our people and begin inspiring confidence again in our business climate by demonstrating that we can put differences aside and work for the common good. Parliament cannot be run like a game of musical chairs with persons moving from one side to the other. This is a dangerous game and hurts us all. It is ten times more crippling than looting which we have all been very vocal against. We have to put St. Maarten first, not just say it but do it. For me this starts with putting my efforts where I believe it makes the most sense. Let’s each be the other’s inspiration to do what is best for St. Maarten,” Priest concluded.