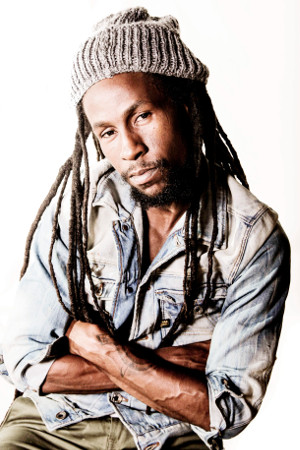 Dubbed St. Maarten’s carnival flagship show and premier dance experience, 'Night of the Hit Makers', promoted by Fleming's Xtratight Entertainment company, is slated to be bigger and better than previous years with the line-up including T-Vice, a Haitian Kompa band currently based in Miami; St. Maarten's own Control Band; and the original Burning Flames now known as Fantastic Four out of Antigua.

"This year, the show is going to be epic because I believe that the entire island is looking for this [outlet] after going through Hurricane Irma. They are looking forward to something to help them get over the frustration, the stress, the depression and we want to cater to that this year. They can just come and let loose," Fleming said.

Speaking about the line-up, Fleming said there is no compromise. "My goal is always to please the people in this country, so I always think which artistes they would love to see. 'Night of the Hit Makers' is always a story with a grand ending, so the artistes I select need to have hits and they must be able to entertain the crowd as performance is number one," stated Fleming, a former disc jockey in The Netherlands and owner of a successful recording label, Rock N Vibes. He said he pulled from his experience as a DJ to keep a dance floor full in order to make Hit Makers a success.

Fleming said apart from exciting and innovative promotions, Xtratight Entertainment will this year be keeping the format of the dance floor as in previous shows. "We will always make sure that people can utilise the dance floor for most of the night."

This year promises to see Night of the Hit Makers going to another level with the inclusion of the reggae genre from Jamaican chart topper, Jah Cure (born Siccature Alcock). The 'Unconditional Love' singer topped the Billboard Reggae Albums chart with his album 'The Cure' in its first week of release and was nominated for a Grammy Award for Best Reggae Album in 2016. According to Fleming, Jah Cure is an artiste who will bring "some serious good vibes" and a calming effect to the more up-tempo numbers of Fantastic Four, T-Vice, and Control Band. 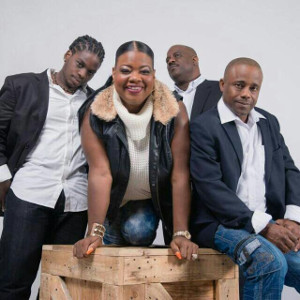 "Hit Makers is designed around the vibe and the artiste...the crowd feeds off the artistes and the artistes feed off the crowd. Also, this year, we are coming with different stage effects to make it exciting for the people. One of the major difference this year is that we are fusing a new genre in the Hit Makers, which is reggae. Every genre has hit makers, so from here going forward people can expect different hit makers from different genres," Fleming explained. During the first five years, the show featured the best artistes from numerous places, especially Aruba, and St. Maarten. Fleming said he listens to the people and brings the type of artiste that they want.

"This will be the ultimate dance party and the people can expect a great production as usual. We will be doing exactly what we say we are going to do. We will not compromise. Our production, from start to end, will be programmed to make sure that the people are entertained."

Although there are numerous financial challenges in terms of the partnership and making certain things happen, Xtratight Entertainment has decided to do a big show for St. Maarten, "because now, more than ever, the people deserve to feel like after such a devastation, life still goes on. We want to give them a time of their life in the Festival Village."

Prior to the hurricane, ticket prices were set to increase, especially due to the calibre of the artistes being brought to perform, but given the situation, Fleming said ticket prices will remain the same as last year.

He thanked the Hit Makers fans for their continued support as well as his Xtratight team for the success of the show each year.

"The fans have continuously supported this event like its theirs and it is theirs," said Fleming. "I promote it like its theirs, from the discounts, cheap tickets (the Things Hard specials). I also have some great partners along the way that make Hit Makers a success, because without them, none of this could happen."

Hit Makers is set to blow up the Festival Village on the night of April 28.