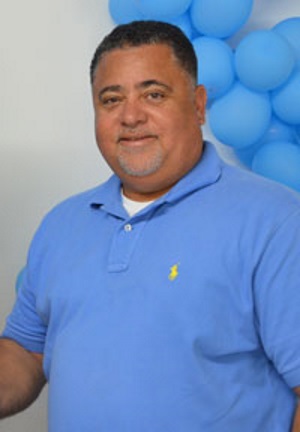 ~ No food & water security, no roofs, no shelters ~

PHILIPSBURG:--- Leader of the United St. Maarten (US) party MP Frans Richardson on Sunday said the ineptitude of the Romeo-Marlin government has put the citizens of St. Maarten in “clear and present danger” with its failure to address their human rights needs and ensure that the basics are ready for another hurricane season.

Richardson said a year and a half since St. Maarten has been devastated by hurricane Irma and on the dawn of a new hurricane season, the government has failed to be forth coming with the citizens of this nation on these critical and imminent dangers.

“As we enter another hurricane season we still see sixty percent of the homes and properties damaged during Hurricane Irma still un-repaired and uninhabitable, leaving thousands of residents still displaced. The new or re-enforced hurricane shelters which have been promised by government a year ago have not been delivered. The construction of such shelters has not even started. There has been no indication of food security or security of food storage in the imminent risk of another hurricane, to ensure that we are able to provide food for our citizens,” Richardson said.

The MP said that panic caused by concerns of lack of access to food and water is what leads to hoarding by some and looting by many others. He said there is still a significant amount of loose debris and garbage around the island, particularly in the various densely populated districts and in the hills which have yet to be cleaned. “This loose debris serves as one of the most high risk cause of damage to property and loss of life in the event of another hurricane. There has been no effective discussion and policies put in place in regards to insurance risk assessments, insurance policies and guaranteed payouts to minimize the economic impact on assets and resources.”

Richardson said the risk assessments of these matters and remediation measures have yet to be addressed in the public forum so the public can have a sense of comfort and knowledge on how to proceed in the upcoming hurricane season and recover in the event of another hurricane of the magnitude of Irma.

“Considering the threats and dangers we face and recovery challenges we are presently enduring, these failures of this government as detailed above is a direct attack and neglect of the universal human rights of each and every citizen of this island. Any competent government of the people, by the people and for the people, could not and would not site by idly, knowing there dangers are clear and imminent and do nothing. However, the lack of discussion, the lack planning, and the lack of action by this government leaves each citizen at a heightened risk in this upcoming hurricane season,” MP Richardson said.

Richardson further explained that since the Universal Declaration of Human Rights was ratified by the United Nations member countries in 1948, the principle of basic human rights has been accepted globally as a principle tenant of good governing and rights of all humans.
“Every human has the right to live in a safe and secure environment. Therefore, particularly in the Caribbean, where environmental threats and impact drastically affects the lives of our citizens yearly between June and October, there is a direct linkage between environmental security and the assurance of our citizens human rights.”

“The Governments ineptitude to these matters creates a free for all platform where every man for himself is the order of the day eroding the dignity of our people and the cooperative fabric of our society. This in itself pins the haves against the have-nots. This is not who we are as a people nor what we want our island to become,” Richardson concluded.