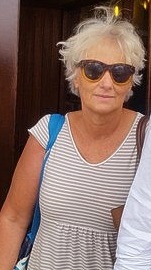 Timing now with the Fokken investigation both the magistrates and judges in the Netherlands have already warned Prosecutors arm of Justice to tackle the breaches of integrity and clean up its mess internally which was published by Marcel Haenen on 24th April 2019 in the NRC.
In Curacao and St.Maarten certain prosecutors have been identified and BIOM will investigate its just a matter of time.

As published Prosecutor Saskia de Vries withheld important evidence from the defense from previous cases which were published on the 4th May 2019 via SMN-news sources. She lied in an appeal case, the court judged. De Vries is still a prosecutor on behalf of the National Parquet. She should not resign now that an Audit Commission and BIOM has been established ?
On the 31st May 2019 a plan of action has been made to tackle the shortcomings on the Fokkens report about the Prosecutor Office and presented by Chairman Mr. Gerrit van de Burg College van Procureurs Generaal van openbare Ministerie to Minister of Justice.

Documents showed OM Saskia Devries lacked ethical leadership and has committed integrity breaches SMN News was provided with several documents that showed that Devries committed several integrity breaches on St. Maarten as she handled some of the TBO cases, one being the Emerald investigation.

While it was highly publicized that a particular investigating judge and the OM was concocting with the TBO team in some investigations as the trio were seen eating at the Greenhouse restaurant in January 2018. The investigating Judge has also now been replaced.