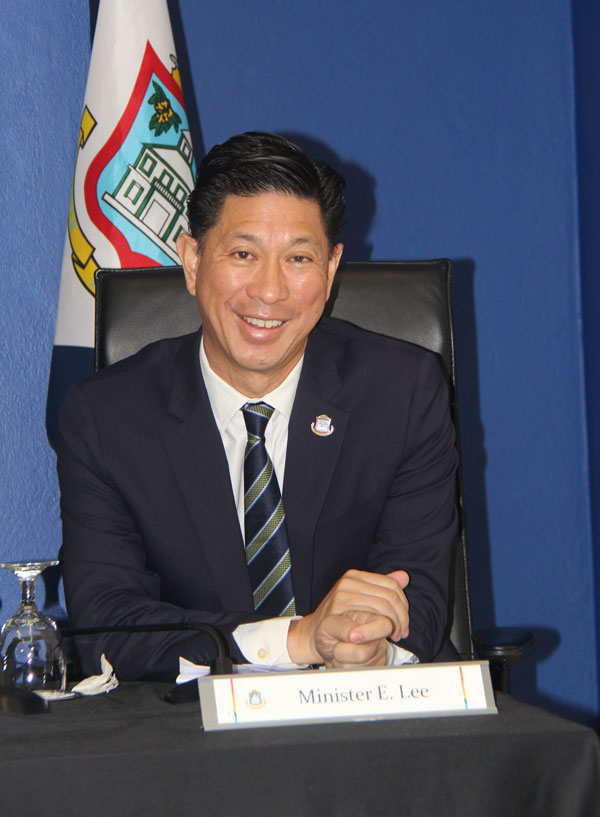 ~Motion of no confidence states that he must resign immediately. ~

PHILIPSBURG: --- Ousted Minister of VSA Emil Lee thinks he is smarter than anyone else on St. Maarten when he went to Governor Eugene Holiday and made his position available hoping that Governor Holiday would ask him to stay on as caretaker Minister until the new Minister is appointed. Knowing Governor Holiday, a man who lives by the constitution it is the hope that he invoked article 33 of the constitution.

Article 33 1. The prime minister and the other ministers shall be appointed and dismissed by national decree. 2. If a minister no longer has the confidence of Parliament, he shall resign. 3. By national ordinance, further rules may be enacted on paragraph 2.

While Lee lost the confidence of Parliament, he is still holding office even though the motion of no confidence states that he resign immediately and that he can be held personally liable for agreements and contracts he signs off after the motion was passed last week Tuesday.
Just recently SMN News published an article on the 5-years contract Lee signed off for Glen Carty as Director of USZV. Lee gave Carty a salary of $28,000.00 monthly with other fringe benefits. Hopefully, the incoming Minister of VSA will challenge this contract especially since the contract signed last year for one year is not expired. Besides that, it is also expected that the Supervisory Board of Directors will be held liable for the mismanagement of USZV since the Supervisory Board members are fully aware of the mismanagement and did not do anything to save the funds managed by USZV because they are all politically inclined.
Several known attorneys advised the Supervisory Board on how to act against Carty and Lee for the illegal decisions they have taken to invest the AOV pension funds. However, the Supervisory Board have not taken any actions except to say that they have documented Lee.