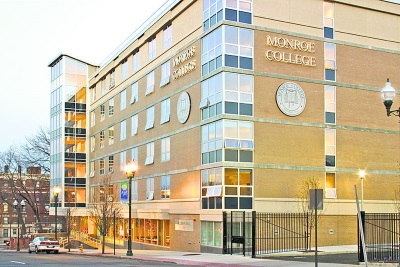 NEW YORK:--- Monroe College’s computer system was hacked by someone demanding a $2 million ransom in bitcoin currency, the Daily News has learned.

The ransomware attack was reported to the NYPD on Wednesday, shortly after the hacker crippled the Bronx-based school’s computer network by encrypting its files remotely.

Police sources say the hack affected each of Monroe’s campuses and facilities, including its schools Manhattan, New Rochelle, and Florida. More than 5,000 undergraduate students are enrolled at the college.

The school was told the system would be back up and running once it paid 170 bitcoins. The digital currency, which is difficult to trace, is selling for about $11,530 per coin, putting the demand ransom at about $2 million.

The damage caused by the cyber attack was not immediately clear, though the hack will likely slow tuition payments and class registrations. Monroe College’s website was rendered completely inaccessible after the hack, though its Facebook page is still up.

[More New York] Cops nab suspect in fatal Brooklyn car shooting that caused driver to crash vehicle as he rushed wounded friend to the hospital »
A spokeswoman for the college confirmed that the school’s website was down and emails have been compromised, but classes remain in session.

The school’s IT team was working on getting the computer system up and running, spokeswoman Jackie Ruegger said.

“The good news is that the college was founded in 1933, so we know how to teach and educate without these tools,” Ruegger said. “Right now we are finding work arounds for our students taking online classes so they have their assignments.”

[More New York] Cops nab suspect in fatal Brooklyn car shooting that caused driver to crash vehicle as he rushed wounded friend to the hospital »
“We are rolling up are sleeves and trying to figure things out,” she said.

Baltimore is still recovering nearly two months after hackers seized parts of the computer system that runs that city’s government. More than 1,500 home sales, for instance, have been delayed by the attack. (https://www.nydailynews.com/new-york/nyc-crime/ny-monroe-college-hacked-bitcoin-20190711-uhmv5a4mz5gxja6od7lme37h7e-story.html )
back to top