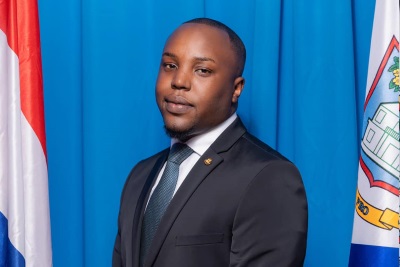 PHILIPSBURG:--- On 17 November 2019, a Memorandum of Understanding (MOU) was signed between the caretaker Minister of Justice Perry Geerlings and various Unions representing the KPSM Employees, in which commitments regarding the retroactive adjustment to salaries received and the differences owed to the employees of KPSM were made.

It was decided to make fifty percent (50%) payment to the applicable employees regarding the matter of retroactive adjustment to their salaries. This payment is to be issued in the form of an advance against the total final financial picture, which will be known once the placement process is completed.

Minister of Justice Doran, who has a mere 6 weeks in office, said that the legal basis for such payment was missing, given that the establishment of salary tables (which includes the 16.3% Windward Island Allowance) are not available as they had not yet been legally established.

There were many complexities surrounding the settling of this matter which was a longstanding unresolved problem that accumulated over the past 9 years. Therefore extra diligence was required as this certainly couldn’t be resolved in a split second as certain parties were demanding.

Nonetheless, upon the request of Minister of Justice Doran, a team within the Ministry of Justice in collaboration with the staff of other relevant ministries, prepared the legislative tool that was needed and been presented to the Minister.

By means of this draft National Decree (LBham) and its accompanying note of explanation (NvT,) the salary tables for the KPSM will be established, for both the police civil servants tasked with executive roles and those with supportive roles, therefore completing the needed structure for the KPSM.

The Minister of Justice then requested an extraordinary meeting of the Council of Ministers which was held on Tuesday, December 31st, and after intense deliberations, the long-awaited document was approved, and hereafter will be submitted to the Governor and forwarded to the Council of Advice (RvA).

Once this legislative route is complete this National Decree will be published and entered into force.

This has been a road of many challenges, and I urge all employees and in particular those of the Justice Ministry to continue to exercise their rights and to seek justice as far as it pertains to their rights.

“There are many serious issues plaguing the Justice Ministry and I will be doing everything in my power to resolve them. You have my word that once it is brought to my attention, it will be investigated and whatever stone needs to be overturned to ensure that your right is not trampled on, will be overturned” the Minister ended by saying.

The Minister ended by thanking all stakeholders involved in making this a reality. He especially thanks the Minister of Finance Irion and the entire finance Ministry.