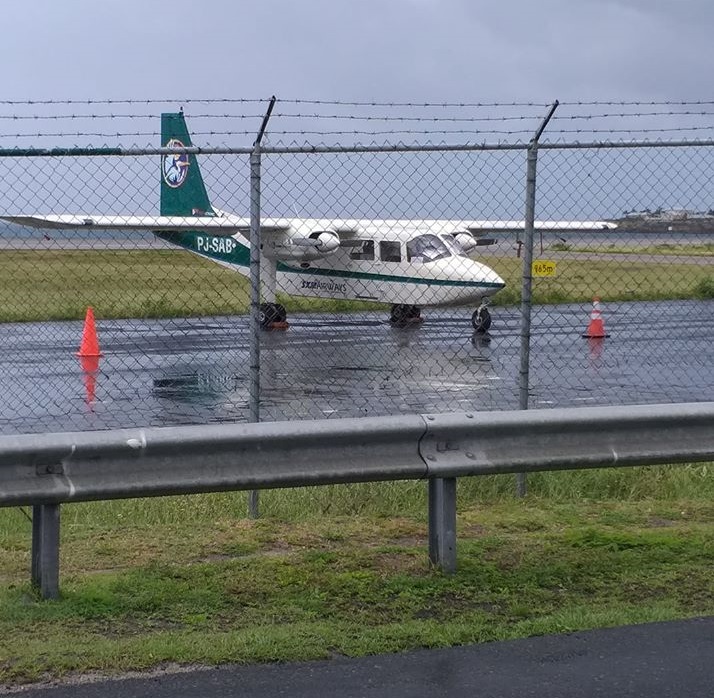 PHILIPSBURG:--- An unknown man managed to get on the premises of the Princess Juliana International Airport two nights ago and ransacked an aircraft belonging to St. Maarten Airways.
SMN News understands that the unknown man who was seen on video surveillance managed to elude airport security and entered an aircraft. The source said the unknown man was seen walking throughout the aerodrome. The incident was reported to PJIAE management who are busy investigating with the assistance of the St. Maarten Police Force.