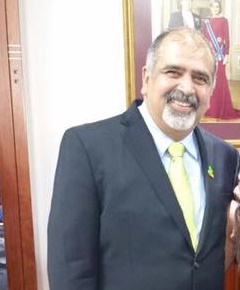 PHILIPSBURG:--- Member of Parliament from the UP faction Sidharth Cookie Bijlani announced on Thursday through a post on his Facebook that he was also tested positive for the COVID-19. Earlier this week MP Bijlani announced that his son tested positive while he tested negative he said on Friday, July 24th when he tested it was negative but by Monday, July 27th he began experiencing symptoms and tested again and was informed today Thursday, July 30th that he is COVID-19 positive. Bijlani is the second MP in the last two days that announced their results.
On Wednesday PFP Member of Parliament, Raeyhon Peterson made the announcement on Facebook.
It should be noted that Peterson and the son of Bijlani visited the Lotus Night Club in Simpson Bay where they were infected with the virus.
SMN News understands that the Parliament of St. Maarten will begin fumigating the building on Friday while the government of St. Maarten fumigated the 3rd and 4th floor of the administration building while at least two civil servants are also at home on quarantine. 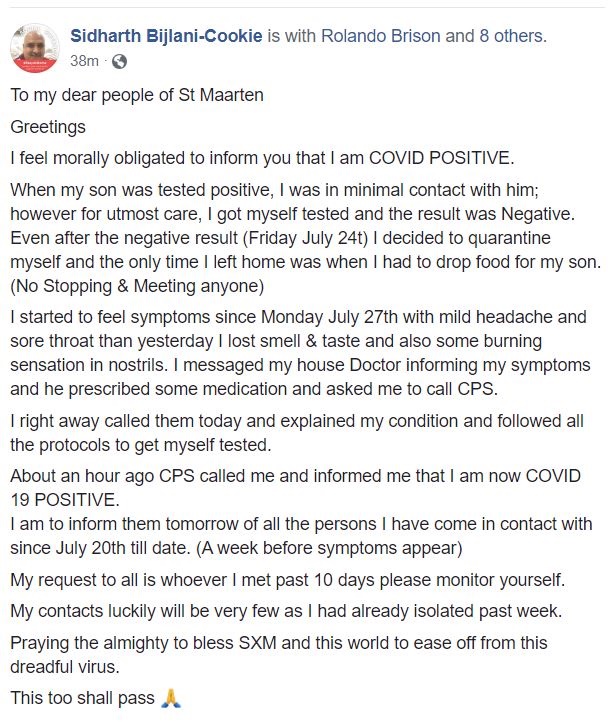