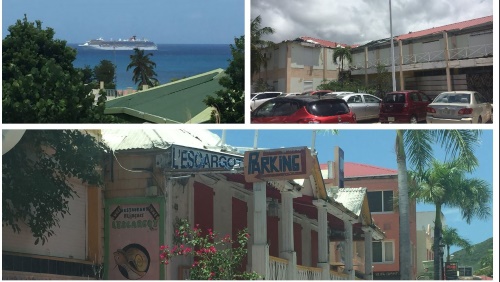 PHILIPSBURG:---  Gracita Arrindell states Lease of the Peoples Progressive Party stated in a press release, " We can rank amongst the most coveted islands in the Caribbean again and featured positively in the talking points of the best travel and leisure magazines such as Celebrated Living, Travel & Leisure, Condé Nast traveler, but we still need to address some fundamental issues before we can rest on our laurels. This goal will require bold approaches to two extremely important matters. Firstly, we need to convince Holland to abandon them out of touch demand of 12,5 % salaries cut. This policy will push St. Maarten even further into economic recession if pursued. Besidess the current Covid-19 pandemic and past and future hurricanes, the roads that led to this current situation are many.
For example, the writing was on the wall decades ago when huge multinational companies such as SHELL and the lucrative offshore banking companies pulled out of the islands in the mid-nineteen eighties (1986 onward) and re-established elsewhere including back to the Netherlands. The constitutional reform discussions were in full force at the time. Very little was done on both sides of the Ocean to make up for the sudden loss of what was once a lucrative income for both government coffers and jobs”.

“It is terribly unfair for the ordinary citizen to pay for the consequences of bad governance over the past decade or even before. Residents must demand tangible solutions as well as a more proactive approach and accountability from their representatives at both levels of government. The current cutthroat economic approach must make way for a dynamic economic revival plan that will jump-start our stagnant economy. Both Holland and St. Maarten can sit at the table and establish a short- term economic investment plan. This initiative includes a massive infrastructural overhaul of St. Maarten starting with its capital, Philipsburg.
Sadly, the current leadership continues to be a distraction at the expense of the future of our Island and its people”.

Arrindell said: “‘It’s the economy stupid” is a famous quote from former US president ‘Bill’ Clinton. Instead of protecting the purchasing power of its citizens, this government under the watch of Parliament offers its people as a sacrificial lamb in order to receive temporary liquidity support.”

“We can all agree now is not the time to order another complete shutdown of our island. We bet on that horse six months ago and we took our eyes off the ball. We lost precious lives and many businesses folded ( over 68 confirmed in Philipsburg) while many fear for their sanity and dignity. We sacrificed 90% of the economy to safeguard 5% of the population”.

Gracita continues and states: large cruise-ships once brimming with thousands of visitors now wait silently offshore with a ‘skeleton’ crew. Ghost -floating -vessels lay fallow hoping for better times. Now more than ever is the time to put our strengths together and revolutionize Philipsburg and surrounding areas.
Turn the tables around and establish an economic task force together with the enterprise- business-minded Rutte –cabinet. “Wij willen zaken doen” said the PM during his visit in 2012. So let's do business but not with the do-nothing paper-pushing list of usual suspects” said Arrindell.

“This public/ private group can be assembled from a pool of local and international urban planning architects, landscape designers, traffic design specialists, start-up tech gurus and historians. The plan must include the removal of the ever-growing dump, a mini central park, and a beautiful cultural center-library & museum.
Restore and preserve our unique buildings and homes in the area including L’escargot restaurant”.

“Additionally, the vision must include a business diversity policy that transcends party politics to establish a vibrant mixture of stores and street-side indoor and outdoor restaurants. Creating a new safe and vibrant city center while embracing our cultural heritage must be the result of this partnership. A similar action plan can apply to the other communities of Upper and Lower Princess Quarter, Belvedere, and Simpson-bay –Cole-bay and Cay-bay districts. We must take into account the uniqueness of each neighborhood and start the financing of this project with Trust funds that are still left in the bank three years after Hurricane Irma. Our ship of state is currently rudderless and cast adrift in the great unknown of poor governance and special interests. It is time to helm the wheel of our destiny”

Gracita concludes and said: “the one million dollar bonus offer as an incentive to create the best redesign of Philipsburg and surrounding areas is a small price to pay in exchange for what we have today.

The year 2021 is around the corner. It should not take seven years to get this project off the ground.
As citizens of a great island, we always have a choice between accepting governance by quixotic policies or demand our elected and appointed representatives to act selflessly in the interest of all the people of our island. GREAT BAY needs to be worthy of its name again but before we rise again we must all accept a basic fact. There should only be Sint Maarteners united with one goal-to make the best of our past the worst of our future”.