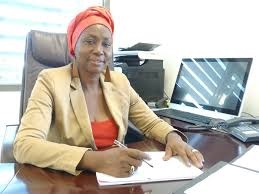 MARIGOT: --- Third Vice President of the Collectivity of St. Martin Annick Petrus Petrus Ferga have been elected sénatrice of St. Martin on Sunday. The Senate election was held on Sunday morning at the Prefecture of St. Martin. Contesting the elections were outgoing senator Guillaume Arnell and Marthe Ogundele Tessi.
Petrus- Ferga is part of the majority of Team Gibbs. While it was expected that the Senate election would have been a landslide for Petrus Ferga in the first round. However, a second-round was necessary since there was not an outright winner. Petrus is the first female to be elected Senator of St. Martin.
At 3 pm when at the 3rd round Annick Petrus Ferga scored 15 of the 24 votes, Marthe Ogundele Tessi scored 5 votes while outgoing senator Guillaume Arnell scored 2, while there were two blanks.
Petrus said that she was confident from the inception because her team is committed. However, Marthe Ogundele Tessi sounded bitter because in the first round she scored more votes than Petrus. Ogundele Tessi said that the people of St. Martin opted to vote for a Guadeloupean instead of voting for a St. Martiner. When she asked to clarify her statements Ogundele said that Petrus was born in Pointe a Pitre. Clearly, Ogundele took her defeat personally not taking into consideration that Annick Petrus Ferga served St. Martin in different capacities, first as a school teacher then a school directrice prior to entering into politics.
Outgoing Senator Guillaume Arnell thanked everyone for their support during the 6 years he held the office of the senator in Paris representing St. Martin.