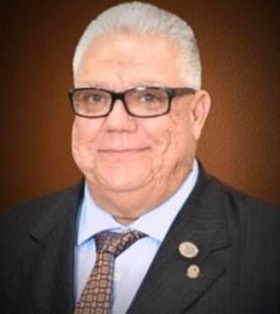 PHILIPSBURG:--- In reply to a letter received from MP Claudius “Toontje” Buncamper of the USP Faction in parliament, Minister of VROMI, Egbert Doran responded to the various questions posed and suggestions made by the MP.
MP Buncamper, referring in his letter to the property currently being exploited by Rain Forest Adventure (RFA), questioned the Minister on, among other things, “the illustrious plans for agriculture/reforestation of the Cul de Sac area” and suggested that “we take back at least two-thirds of the lands”, seeing the need to have land available for agriculture and that the property was acquired for such purposes, including a natural park.
The Minister informed MP Bucamper that there are no known plans for agriculture and that the agreed reforestation program was carried out between July 2017 and May 2018. In the development agreement between RFA and country St. Maarten it is stated that RFA together with country St. Maarten will jointly develop a number of programs, one being for the reforestation of all indigenous plants and trees on St. Maarten. There is no mention of agricultural plans or programs in the Development Agreement. However, the reforestation programs were realized when RFA and Environmental Protection in the Caribbean (EPIC) worked together on a BEST 2.0 European funded project. The project resulted in the reforestation of three sites on St. Maarten, one being the grounds of RFA on which some 300 indigenous trees were planted and are being maintained by RFA.
Minister Doran, in his response, also informed the MP that a request was filed by RFA to relinquish or give back a substantial part of the leased land to the government. Although the precise dimensions of the piece of land that will be relinquished are still being concluded, it looks like it will be approximately 44% of the property. The department of domain affairs is in the final stages of handling the request. The Minister emphasized that the property of RFA was not acquired for agricultural purposes; the Development Agreement states that it is for the purpose of an “Eco-Adventure and Nature Park”. RFA falls within two zoning areas: “Nature” and “Green Park”.
MP Bucamper commended Minister Doran for re-acquiring part of the property and hopes that, if not all, a substantial part of it will be used for agriculture.