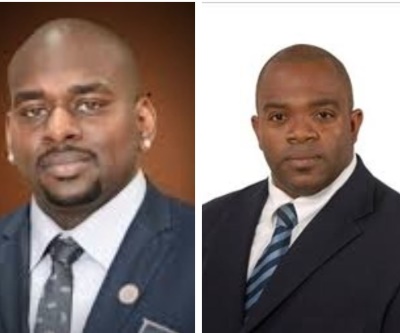 PHILIPSBURG:--- “I told you so,” says Member of Parliament Omar Ottley when he was pushing the government to begin rapid testing as visitors arrive on the island during the lockdown. " I invested my money on the rapid testing, I got investors on board that were willing to finance the testing, but my suggestions were shot down by the RIVM," Ottley said he gave away hundreds of tests, however, if the government had used the rapid test they could have extended the lockdown and deal with everyone that was infected with COVID-19.

Ottley told the Ministers that attended the parliament meeting on Wednesday that they have to reopen all business on St. Maarten so that money could circulate. The UPP MP said that he is working on a motion that will force the government to do much more immediately to take St. Maarten out of its economic crisis. He said that since the Princess Juliana International Airport (PJIAE) reopened there are not many positive cases of COVID -19 that were imported. Ottley, he does not believe there is no second wave of the coronavirus but in fact, the cases were there but due to the lack of testing throughout the community, those cases were not properly identified. Ottley said that the French side of the island did massive testing and that is the reason their numbers increased.
MP Christopher Emmanuel does not fully support the plans of the Minister of TEATT Ludmilla de Weever, he said that while the plans sound good there are no immediate solutions. The National Alliance MP who does not support this government said over 70 businesses closed down since the pandemic leaving a number of workers out of work while taxi drivers are also out of work because of the coronavirus pandemic. Emmanuel said that taxi drivers are putting up their vehicles because there is no work for them. Emmanuel said the Minister of TEATT Ludmilla de Weever did not even address the massive job loss in her presentation. He urged the government to reopen the country’s borders to all tourists. Emmanuel said it is time that visitors should be able to enjoy St. Maarten especially now that it's winter in the United States.
Emmanuel addressed the Minister of Finance Ardwell Irion by telling him that he does not have anything personal against him however, he admitted to having political problems with the Minister of Finance. Emmanuel said that he supported the bond that the Minister decided to float and is not in agreement with the Minister’s decision to suspend the bond because of pressure from the State Secretary Raymond Knops.