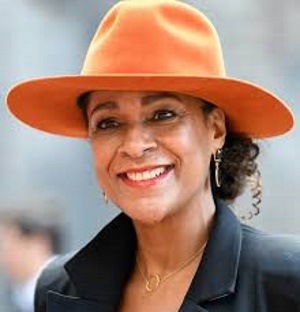 PHILIPSBURG:--- The United Democratic Party (UDP) is thrilled by the confirmation of its member and former Minister contesting the Dutch election in March 2021 on the slate of D66. “While Jorien had to resign from the UDP, we support her all the way with this courageous endeavor.”
“Jorien Wuite in our opinion will be an asset to the D66. In the bigger picture of things, having someone rooting for us as members of a party that is pro the Dutch Kingdom is an asset for the island.”

D66 party’s vision for Kingdom Relations highlights cooperation – ‘In our Kingdom of the Netherlands we share a past and a future. Solidarity comes first. If a disaster like Hurricane Irma devastates an island, or if the crisis in Venezuela also hits the islands, the entire Kingdom will be affected. Countless Dutch people have ties with both the European Netherlands and the islands. With a foot on two continents, our Kingdom is a factor of importance in Europe and America. D66, therefore, stands for cooperation and mutual reinforcement’ (D66 Party Program - Connected within the Kingdom.)

“Jorien’s candidacy could be a game-changer and her friends and colleagues of the UDP wish her much success,” said UDP Leader, MP Sarah A. Wescot-Williams.

The MP thanked the D66 leadership for “seeing the potential of a strong candidate with roots on both
sides of the ocean.” The party also encouraged the voters of the Netherlands to support a candidate who brings to the D66 slate experience, passion and diversity. The UDP also encouraged all St. Martiners to use their networks and contacts to support Jorien in this big undertaking.