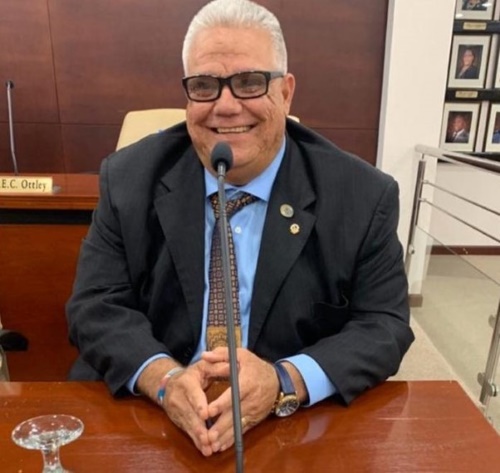 PHILIPSBURG:--- United St. Maarten Party (USP) Member of Parliament Claudius “Toontje” Buncamper on Friday fired off a number of questions to Prime Minister, Silveria Jacobs regarding government’s failure to appoint new board members to the board of the Social Economic Council (SER). The MP questioned the reason why the new board members have not yet been appointed and when does the government expect to do so. In addition to government’s negligence to appoint new board members, the MP enquired about the number of members of the current board and the legality thereof, and how many members does government intend to appoint to the board for the upcoming tenure.
MP Buncamper also queried if the SER is allowed to render advice without a fully functioning board. Seeing that government has allowed the current situation to persist, the MP wondered how important the SER is to this government, and posed the question to the Prime Minister. “In these difficult times that we are living in and the many challenges we face, I cannot understand why government has failed to handle this matter expeditiously”, MP Buncamper stated in his letter to the Prime Minister.
“The board of the Social Economic Council is not the only board that requires additional members in order to function legally”.
MP Buncamper wonders why such things are allowed to occur. “We are playing with fire and I hope no one cries foul when burned.”
The MP cautioned the Prime Minister to handle the people’s business as that is what we, members of parliament as well as government, are paid to do.