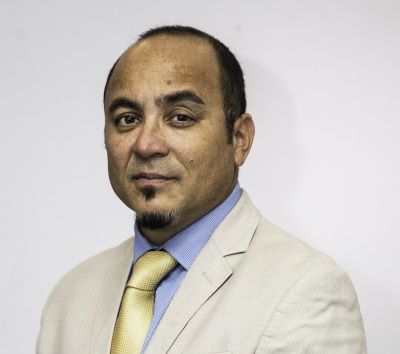 AIRPORT:---  PJIAE Management is investigating a major fire safety breach that took place at the Airport on Sunday, December 27th, 2020, when an entire shift of fire-fighters failed to show up for duty, leaving the facility without regulated means to provide adequate aircraft rescue, firefighting to the support of safety in aircraft operation.
The alarm was raised around 07:00 A.M. when management was informed of the “no show” of the entire shift.
Management immediately went into action to keep the Airport functional by calling in spare crew members to prevent a total shutdown of the Airport.
“This was a very critical and serious occurrence for which I have started an immediate investigation,” said Airport CEO, Brian Mingo.
According to Mr. Mingo, the Princess Juliana International Airport (aerodrome) have a declared minimum firefighting capacity of Category 9 Aircraft Rescue Firefighting (ARFF) to support Code E Aircrafts type landing at PJIA, such as A330 (Airbus) currently being operated into St. Maarten by Air France and KLM.
Management’s contingency consisted of first assuring a lower Category 5 Aircraft Rescue Firefighting support during the early morning hours until more fire-fighting personnel could be drafted into the build-up to the main Category 9 level. The island Government Fire department was also informed of the situation and developments surrounding this subject matter.
Mr. Mingo has been contacted by the Minister of TEATT Ludmila de Weever about the incident and has promised a full report.
“At this stage, I cannot say whether it was a coincidental or deliberate action, only that it was a serious matter that warranted immediate action on the part of PJIAE management to avoid closure of the Airport due to the absence of the ARFF support.
“Unless immediate action was taken, flights would have had to be diverted to other destinations or canceled. Not only would this have been bad for the reputation of our Airport but would have also caused a wider investigation by the Civil Aviation Authorities and other Airline stakeholders,” continued Mr. Mingo.
The Airport CEO says he will leave no stone unturned to get to the bottom of this matter and called on all PJIAE staff to cooperate to the fullest so that incidents like this do not happen again in the future.
Mr. Mingo has reported to Minister de Weever and to the Shareholder that the situation of the Rescue Firefighting staff at PJIA on Sunday has been resolved.
“The in spare crew members was called into man the needed RFF’s (Rescue & Fire Fighter’s) positions in order to re-establish the required ARFF support (Category 9) of safety in aircraft operation at PJIA,” stated Mr. Mingo in the first response to Minister de Weever.

Mr. Mingo is assuring Government and the traveling public that the Airport remains vigilant and ready to take decisive action at all times to secure the safety of all stakeholders and users of the Airport.
“In 2020 we are projected to close off the year at less than 35% of the passenger volumes we did in 2019 when we handled just under 720,000 departing passengers. We are still way behind our record of just over 882,000 departing passengers in our model year of 2016, but when you consider what happened with Hurricane Irma and the COVID-19 crisis, we are still fighting back slowly and we cannot allow incidents like what happened Sunday to cripple us any further,” said Mr. Mingo.