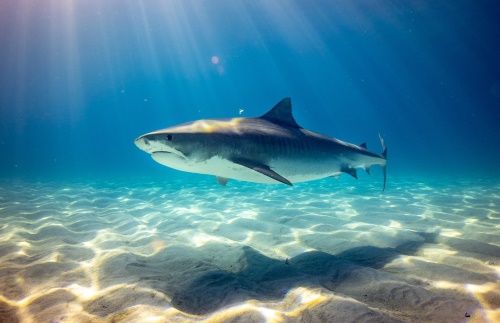 Last December, St. Martin reported its first fatal shark attack in recent history, shocking the local community. In response, the government implemented a 48-hour ban on swimming and water sports at all beaches in the area. But how concerned should St. Martin residents now be about shark attacks in the area?

In St. Martin, only one unprovoked and non-fatal shark attack has been reported, and that was in 2005. In the wider Caribbean region, 34 unprovoked bites have occurred since 2000 — four were fatal. Most of these attacks happened in the Bahamas, one of which was fatal and happened last year. “It’s pretty unusual in that part of the world,” said Gavin Naylor, director for the Florida Program for Shark Research. He also noted 95% of shark attacks are accidental, and usually occur due to spearfishing or chumming. The Bahamas’ massive tourism industry is the reason for its higher rates of shark attacks. “We see a very strong correlation between shark bites and the number of people in the water,” he said. 64 confirmed unprovoked shark attacks around the world were recorded by the organization last year.

Caribbean reef sharks and nurse sharks are the two most common species of shark in the area surrounding Orient Bay. These species don’t pose a risk. Bull sharks and tiger sharks are also sometimes spotted. “Most times they’re not a threat, but they can be dangerous,” said Mike Heithaus, shark researcher and dean of the College of Arts, Sciences & Education at Florida International University.

Staying safe in the water

Prioritizing water safety is essential while boating, swimming, snorkeling or diving in St. Martin. In fact, drowning is the third leading cause of unintentional injury and death worldwide. Take formal swimming lessons to strengthen your water confidence and avoid drowning. Always check local weather and sea conditions beforehand, and never go out on the water alone. Wear bright clothing to remain visible in areas with high boat traffic. Always clearly display your diver down flag when diving, and use a safety sausage if you have to ascend in an area with a lot of boat traffic. Never disturb or touch marine life: some corals and fish can sting and poison.

Fortunately, shark attacks in St. Martin are an extremely rare occurrence. Nevertheless, it’s important to take steps to remain safe and enjoy your time in the water.