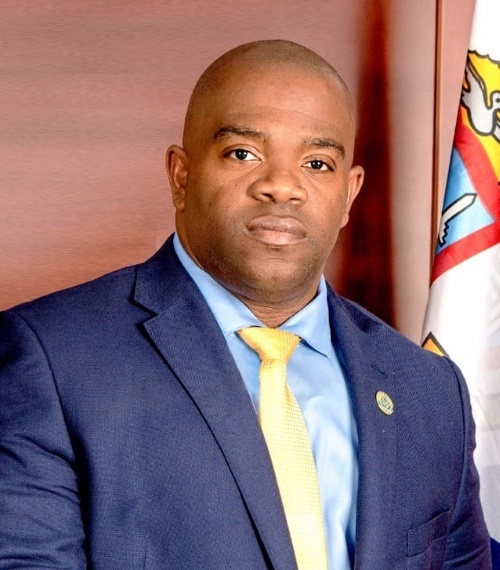 Independent Member of Parliament Christophe Emmanuel on Tuesday issued a public call to Prime Minister Silveria Jacobs and His Excellency Governor Eugene Holiday, to update the general public on what is happening with the swearing-in of MP Rolando Brison as Minister. “The legal and required screening process has been initiated, what is the result thereof. It seems like political back-biting is taking precedence over good-governance,” the MP said.
MP Emmanuel said Brison has undergone screening over the past few months and, reportedly, has passed the screening process. “But there remains this campaign of hush over the entire process and nobody knows when the good MP will be sworn in,” MP Emmanuel said.
He added that the issue is a matter of national importance as good governance and the swearing-in of members to the executive and legislative branches of government are not trivial matters that should be put on hold and discussed whenever the press “hears something.” What ensues after that is pure rumor-mongering about an issue of national interest. So the PM, who apparently is big on transparency and the Governor should let us know what is happening,” the MP said.
MP Emmanuel said MP Brison, the President of Parliament, has been absent from Parliament and reportedly has not been communicating with many people. He questioned if the issue is an inter-party/coalition issue with MP Ottley now choosing to take up the role of Minister after the Prosecutor cleared him of wrong-doing. This was originally planned by the UP party, which would relegate Brison to stay in Parliament.
“What is it? Is the Prime Minister blocking the good MP from being sworn in since ultimately it is her call? The MP as Chairperson of Parliament has had the PM’s back and that of her government plenty of times, raising questions about how he is running Parliament. So do they have his now? Did he pass the screening fully? Or is there something on him we don’t know about?”
“Why is the Alliance reportedly so concern about having Brison as part of the Council of Ministers? Are they concerned about undermining or sharing power? Is the PM listening to the concerns that the Dutch have about the good MP? She has given into everything else the Dutch want, perhaps this is another? What is going on? Bottom line is, the longer everyone is silent on this, the more the process loses legitimacy and good governance is questioned, even the involvement of the Governor,” the MP said.