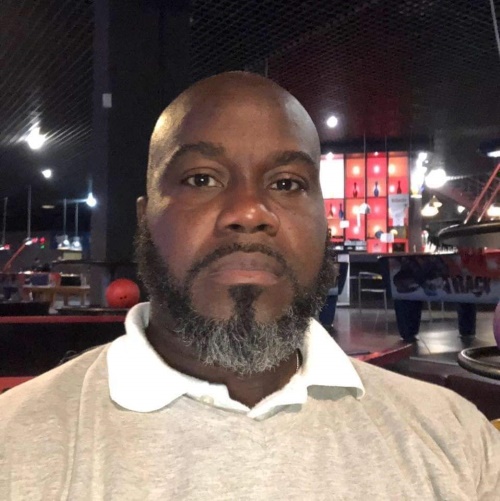 PHILIPSBURG:--- Well-known sportsman and volleyball player Ivano Richardson lost his life today Saturday after being involved in a fatal accident. The young man’s death has left many persons on the French side of the island in a state of shock. The victim is also an employee of EDF St. Martin.
Police Spokesman Joe Josepha said in a press release that the accident occurred around 01:00 on Saturday, May 1st, 2021 on Airport Road.

Police are investigating an accident that left one person dead. The accident occurred on Airport Road around 1:00 am Saturday, May 1.
From the preliminary investigation, it appears that the driver of a dark blue Volkswagen Jetta with license plate 9291AAC was driving towards the Causeway roundabout and for some unknown reason lost control of his vehicle. He hit the guardrail on the opposite side of the road and landed upside down in Simpson Bay lagoon.

With the assistance of several members of the public, the driver and passenger were freed from the vehicle.
The passenger suffered only minor injuries and was treated at the scene by ambulance personnel and later transported to SMMC for observation.
The drive with initials I.R. suffered severe chest injuries and was rushed to the SMMC in critical condition. Police later learned the driver had passed away from his injuries. This investigation is still ongoing.
The Sint Maarten Police Force expresses condolences to the family and friends of the deceased.