PHILIPSBURG:--- Despite the many challenges at the political level between the local and Dutch government, the severe damages to properties of the country were a priority that needed to be addressed. The damaged schools, cars, police stations, prison, administration buildings, library etc. could not risk waiting for the much-needed repairs while governments fight, and the funds of insurance companies depleting at a rapid pace.
After a sound bidding process, Henderson was awarded the contract to manage this task on behalf of Government of St. Maarten. This meant that as an independent brokerage firm representing multiple insurance companies, Henderson would be in a good position to verify rights vs obligations of government in the policy, based on applicable laws, fine-prints, special conditions, and jurisprudence.
Henderson could also give interpretation to grey areas that would benefit the country and quickly verify market-standard to resolve disputes and move the process forward.
After reaching a settlement of some nine million USD the new Government decided to terminate the services of Henderson and awarded the same contract to Smith & Orloff who then subcontracted the contract to a third party. This action of government resulted in Henderson taking the matter to court.
In his verdict, the judge acknowledges that a landsbesluit was needed before Henderson commenced work. Even though being aware of this requirement to start working, Henderson felt it was the right thing to do given the circumstances and knowing the challenges Government was facing in running the country in a normal manner. Waiting for an LB to be of service to your country would be considered unpatriotic and Henderson, therefore, started to work with the promise from the council of ministers that the LB will be soon finalized. And that it was sent up to the Governor for signing. The Courts acknowledge that the works of Henderson resulted in an advance settlement of USD6,000,000.00 for which the firm must be compensated and ruled that Government must pay NAfls. 225,000. =, including all costs involved and legal interest from November 12, 2018, when then Prime Minister Leona Marlin-Romeo broke the contract with Henderson.
It must be noted that Smith & Orloff submitted its bid to the personal home address of a minister at the time within the cabinet of Prime Minister Leona Marlin-Romeo.

Below is the verdict. 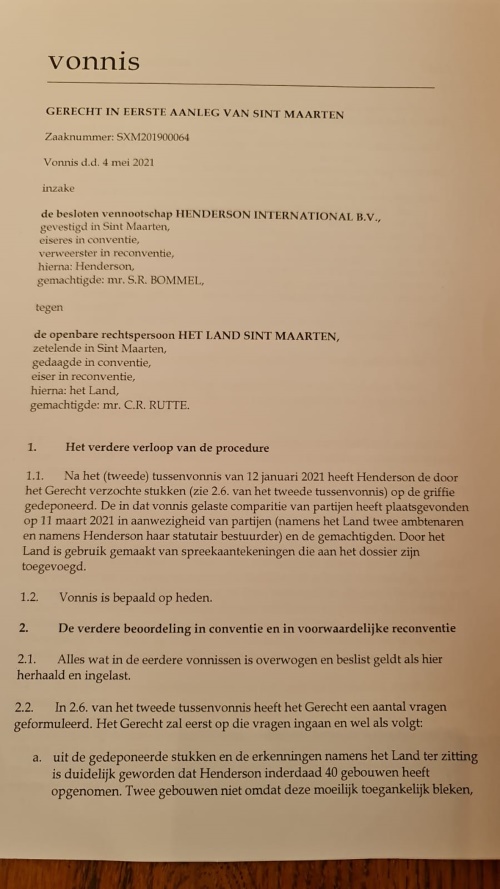 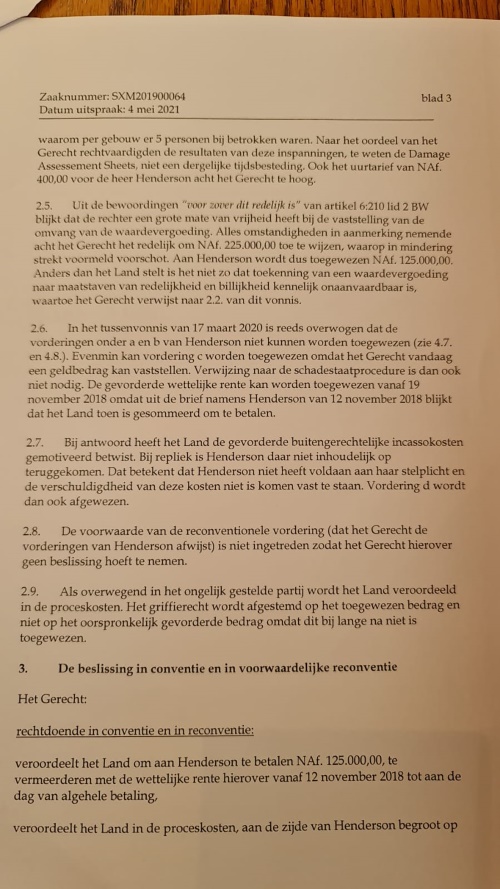 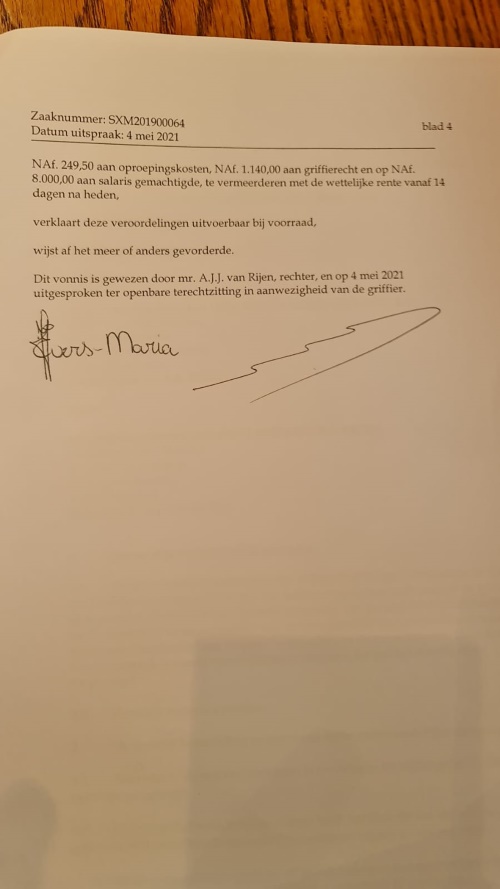