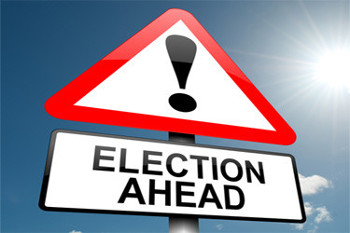 PHILIPSBURG:--- The leaders of six political parties submitted their lists to the Electoral Council on Friday paving the way for them to contest the upcoming Parliamentary Elections slated for February 26, 2018. They are SDM, SMCP, PPA, USP, NA and the UD.
The United People's Party and Democratic Party joined forces hoping to garner enough votes for a majority in Parliament. Based on the lists submitted, Maurice Lake who left the UPP returned to the folds and is the 23rd candidate on the UD slate, new in the political arena is Dr. Luc Mercelina who is also running on the UD slate. As for the USP there are few new faces on the list such as STB Director Rolando Brison, Minister of TEATT Mellissa Doncher Arrindell and Martin Wilson. On the NA slate Silveria Jacobs is heading the list while former leader William Marlin is the 23rd candidate on the list. The NA has at least seven new candidates on their slate, the youngest being 22 years old. The leader of the PPA Gracita Arrindell showed courage and postulated even though she was not in government for the past 3 years.
Leader of the SMCP Wycliffe Smith was not far from securing a seat during the Parliamentary Elections in 2016. Since then the SMCP leader has gained momentum as he is the only political leader who contested the 2016 Parliamentary Elections that stayed focus and on the forefront even though he was not elected to Parliament. On Monday the leaders of the new lists will be securing signatures that will make them eligible to contest the 2018 Parliamentary Elections.