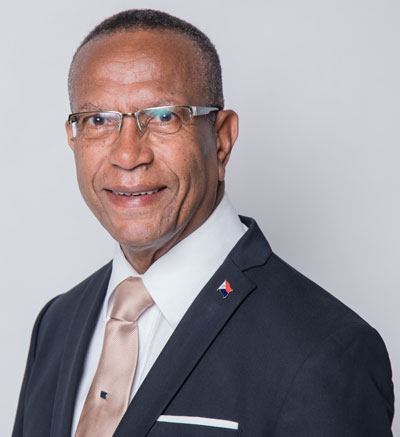 PHILIPSBURG:--- One of the most used buzz words in this campaign is the word “Stability”. Even those parties that have been in power since 10-10-10 and whose members wreaked instability in parliament and in government are now advocating the S-word. With these old parties having a track record of ship jumping, changing parliaments and breaking governments, can the electorate really expect them to offer the much-needed stability and change that Sint Maarten deserves? Our country needs to be able to move forward in every sector of society? But instability has crippled Sint Maarten’s development and progress. Instability has led to no decisions concerning our landfill or the dump. Instability is the cause for the delay in the reconstruction of Sint Maarten post-hurricane Irma. Rebooting the economy and the further development of the country are dependent on a stable government.

Unfortunately, the existing political parties have not been able to offer stability. We have had every possible combination of coalitions but these have all been short-lived. Putting the older parties in parliament again would be an act of insanity, which, according to world-renowned scientist, Albert Einstein, is doing the same thing over and over again but expecting different results. Voting for the same old parties and the same old politicians will once again bring the same old result: namely, instability in government. There is, however, an alternative political party. The SMCP is a new and viable party that does not have a political history of ship jumpers, government-breaking, and instability.

Realizing the importance of stability in government, SMCP will make this it's number one priority when elected. In the event the voters give SMCP a majority, 8 seats or more, then you can be assured that SMCP will bring the needed stability in parliament and government. But should SMCP get elected as a minority party then we will allow the larger parties to form a coalition. Let it be known that SMCP has no problem functioning as an opposition party because a good functioning opposition in parliament is also extremely important.

If SMCP is called to be a coalition partner then conditions will be set which SMCP believes will help to guarantee a strong parliament and a stable government.

In the first place, SMCP will not be pressured into signing a coalition agreement hours after the election results are made known. Secondly, SMCP will insist that the governor follows existing protocols already in places such as appointing an Informateur and a formateur. The Governor should charge the Informateur to explore the possibility of a national parliamentary coalition in which the MPs from all elected political parties are represented. If the MPs agree to a national parliamentary coalition then the next step for the Governor would be to appoint a Formateur who will consult with all the elected parties and their MPs to prepare a national governing program. In addition, these MPs will select the Prime Minister from amongst themselves and together they will select qualified, capable and experienced ministers, ideally not from their political lists, to execute the national governing program.

In the event the Informateur does not succeed in forming a national parliamentary coalition then he/she will try to achieve a consensus from among the elected political parties that have the best chance of forming a durable parliamentary coalition. The Informateur would look, for example, at the history, philosophy, principles, internal working procedures and protocols of the various parties. This would enable him/her to observe compatibilities between parties as well as explore any non-negotiable issues parties may have. Discussions concerning the formation of a coalition should take place in a neutral place like e.g. the Parliament Building and all the elected MPs must be consulted.

After the Informateur submits his/her report, the Governor, in turn, will appoint a Formateur who will work with the coalition parties to prepare the governing program, select the Prime Minister and choose qualified, capable and experienced ministers, ideally not from the political lists, who also can withstand any screening. Ministers are selected jointly by the MPs to reduce the risk of a particular faction or a particular MP laying claim to a minister and saying “that’s my Minister”. SMCP will also ensure that the selected Ministers are aware of the governing program and what is required of them prior to their taking office. SMCP will insist that the governing program is presented to parliament and debated in order to give the people insight into what the government plans to do during the upcoming governing period.

To ensure stability in parliament all of SMCP’s candidates have signed a pledge, included in our Manifesto, not to defect during this parliamentary term. The stability offered by SMCP will result in a strong and steady government, which will enable Sint Maarten to move forward again. Stability will enable government to take decisions to get the reconstruction going, the economy growing and the dump dwindling. Sint Maarten, vote for stability! Vote SMCP!