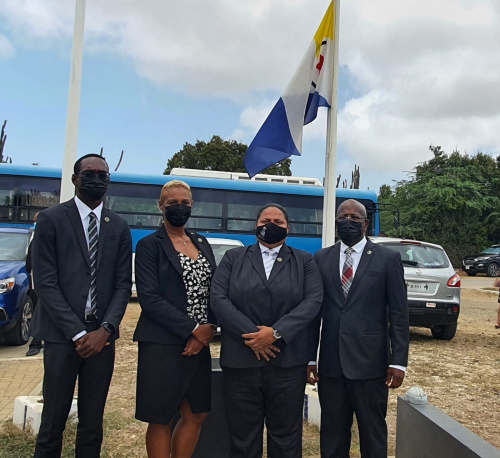 PHILIPSBURG:--- The St. Maarten delegation that left to attend the IPKO meetings in Bonaire took time off to pay their respects to relatives of the late Jopie Abraham.
Those that attended the IPKO meetings and the funeral service are National Alliance Faction Leader MP William Marlin, Grisha Marten Heyliger (UP) Mellissa Gumbs (PFP), and the griffier of the Parliament of St. Maarten Garrick Richardson.
The delegation from Aruba and Curacao also paid their respects to the late Jopie Abraham. The late Abraham was St. Maarten’s coalition partner when Gibson and the late Edgar Lynch had been appointed Minister and State Secretary, they were the ones that got the constitutional train moving. (2004)