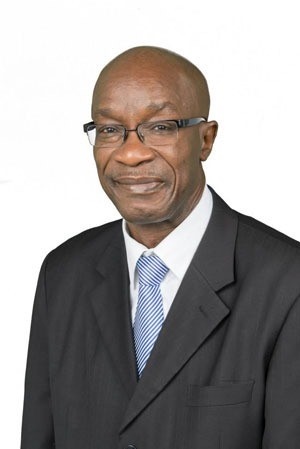 PHILIPSBURG:--- Member of Parliament George Pantophlet continues to insist that the debt owed to the Dutch government by St. Maarten should be canceled. The first step should be immediate suspension and then definite cancellation. Discussions on this matter should commence forthwith. He believes that the Ang. 12.7 million has to be made next month. These funds go towards the Ang. 1 billion already owed to the Dutch government. The economic challenges that St. Maarten is presently facing support this request of suspension and cancellation. Making payments on these debts puts a further burden on the economy of the country and takes away much-needed funds that can better go towards meeting its social needs such as health, education, law enforcement, and infrastructure. And need he remind the public that the International Monetary Fund mentioned in their recent report of July 2021, and he paraphrases, that if the Dutch government does not turn the loans that are given for liquidity support into grants or donations, St. Maarten will not be able to return to the GDP which was the lowest in the Kingdom. Prior to that, they had warned that St. Maarten should not continue to enter into loan agreements as these actions would negatively affect their GDP. Some might be asking if debt cancellation is possible. It is.
In a report entitled "Suspending public debt repayments by legal means" written by Cecile Lamarque and Renaud Vivien (CADT), it is possible. Here is a quote is taken from the said document under the heading "Repayment of the public debt is not inevitable". The quote reads as follows: "To be bound by a loan contract, the State must have given its free consent" end of quote. The MP says he has to explain. Did St. Maarten give her free consent to the liquidity support? We all know the answer to this question. St Maarten was ridiculed by some for playing hardball because the government did not want to submit to these austerity measures that the Dutch government required to get the urgently needed financial injection. But after 6 months of intense discussions, the government was left with the stark reality that at the end of December it would not have been able to meet any of its financial obligations to civil servants, subsidies, and so on. According to article 26 of the 1969 Vienna convention on the law of Treaties, the state is obligated to repay the debt it has contracted. However, and I quote: "these principles are not absolute and are only valid for "debts contracted in the general interest of the community" end of quote. In other words, St. Maarten is not obligated to repay these loans because the conditions that were and are continued to be set for liquidity support are not in the general interest of the community. This is in accordance with International Law. Article 103 explains this and one has to also look at article 55 of the United Nations Charter.
The article mentions in sub c, universal respect for, and observance of human rights and fundamental freedoms without distinction as to race, sex, language, or religion. Article 1-2 talks about the right to self-determination and international cooperation for the development of peoples (art 1-3). This was extracted from the Report). The MP quotes, all these provisions designed to protect human rights have precedence over other obligations entered into by States (St Maarten), including the repayment of debts, and also the application of austerity programs enforced in particular by the IMF, the World Bank, and the European Commission" end of quote. Furthermore, the reforms should not be used as a condition for liquidity support. The Ang 12.7 million payment should be suspended and the loans that were issued for liquidity support must be turned into grants or donations as was mentioned by the International Monetary Fund.