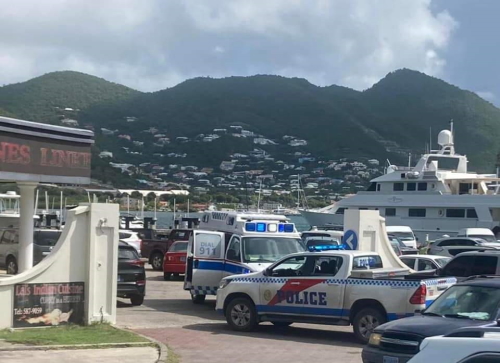 PHILIPSBURG:--- Police are busy investigating an armed robbery that took place at the Starz Casino in Simpson Bay. Police Spokesman Joe Josepha confirmed that a robbery took place at the casino. Three suspects, it is believed committed the armed robbery, one of which have been arrested. It is not clear if the robbers made away with any money, however, details on the robbery are not yet available. As soon as more information becomes available this article will be updated.

Attempted robbery on Casino in Simpson-Bay
On Thursday, November 18, around 11:00 am, the central dispatch center received a call about a robbery that had taken place at Casino Starz in Simpson Bay. According to the information received, three masked men, dressed in orange work clothes, had entered the Casino. The suspects had threatened and assaulted an employee and attempted to rob them, but failed to obtain anything from the casino and fled shortly via the back of the casino.
Due to quick action by the alerted police patrol that arrived shortly at the scene, they were able to apprehend the one suspect in the vicinity of the Casino. However, two other suspects had managed to flee the scène. There was a search carried out in the area Simpson-bay for the other culprits however they were not encountered.
The detectives investigating this attempted armed robbery case are asking anyone who has information about this robbery to contact the Sint Maarten Police Force, at +1 721- 542 22 22 ext. 204 or 205 or the anonymous tip line on 9300. You can also leave a Private Message via our Facebook page (Police Force of Sint Maarten – Korps Politie Sint Maarten) if you know or suspect something.