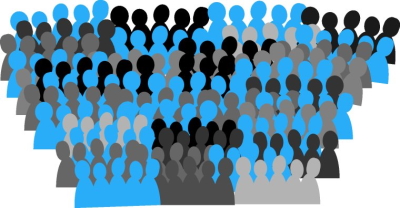 Voters in Switzerland, this Sunday approved by clear margin legislation which introduced a special COVID-19 certificate that lets only people who have been vaccinated, recovered, or tested negative attend public events and gatherings.

Why is this worth to know especially when there are demonstrations all around against vaccinations or restrictions? No, in Switzerland it was not the politicians who decided, it was the Swiss population. How does that work?

Despite claims of some countries that they have the oldest democracy or the most egalitarian democracy in the world, the Swiss are just not the kind of people claim anything in the publicity, they just make things work in practice. They have what most others don’t have, and it is called Direct Democracy. And as for being the oldest of anything, in 1291 the Swiss Confederation was founded which is the precursor of Switzerland we know now.

Switzerland features a system of government not seen in any other nation: direct representation. The absolute and unlimited autonomy of Switzerland is actually its entire electorate. Referenda on the most important laws have been used since the 1848 constitution.

Any citizen may challenge a law that has been passed by parliament. If that person is able to gather 50,000 signatures against the law within 100 days, a national vote has to be scheduled where voters decide by a simple majority of the voters whether to accept or reject the law. Creating a new law requires 100,000 valid signatures on a petition to get on the ballot. And so, four times per year the Swiss electorate goes to the polls.

But keep in mind as for ‘where the majority of the people decides’, the level of education of the population and being objectively well-informed is of the essence.

Some may think that because of all this, the country is in constant disarray. The opposite is true, it is probably the most orderly country that I know. Plus, it has one of the highest qualities of living and is one of the wealthiest countries. Smack in the middle of Europe it is not a member of the European Union. It has its own currency completely covered by gold reserves. Profits made by increased gold value are used for social security. It has no political conflicts with any other nations, it was never occupied, and it has never been conquered. It remains neutral in any way. Only 20 years ago, it became a member of the United Nations.

What do I know about Switzerland? I would not claim anything. It just so happened to that I lived nine years in Switzerland and was Managing Director of a number of small companies, as well as being a business aviation consultant. I simply privately and professionally experienced the Swiss ways.