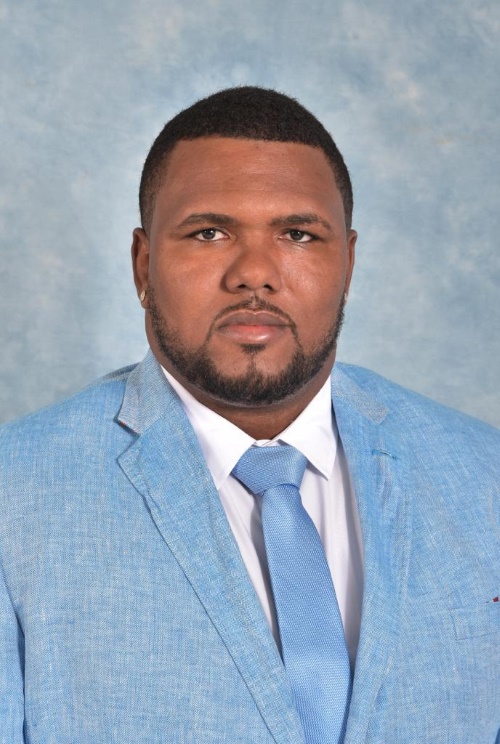 PHILIPSBURG:--- On Wednesday, US Part faction leader, Member of Parliament (MP), Akeem Arrindell sent a letter to the Minister of Education, Rudolphe Samuel,
regarding the number of public schools that are still not been repaired since the passing of Hurricane Irma and Maria in September of 2021, in particular
the Sister Marie Laurence School in Middle Region, whose teachers and students are currently sharing space at the St. Dominic School in Cul-de-Sac.
In his letter to the minister the MP noted that upon inspection of the several schools in 2017, promises were made to have the schools repaired and
particularly, to have the Sister Marie Laurence School rebuilt. “Several years have passed and I have yet to see the promised improvements to most
of our schools begin.” MP Akeem stated. “The Sister Marie Laurence School, for example, is still at a standstill for renovation.” The MP continued.
“A meeting was held regarding the rebuilding of the aforementioned school, but up to the present, no new developments towards this project have transpired.”
We will soon be entering into a new year and the students and teachers of the Sister Marie Laurence School will still be sharing classrooms with other
schools, which contributes to the hectic traffic in St. Peters and South Reward areas in the early morning and afternoon hours, the MP added.
Members of Parliament have recently visited the public schools to get a first-hand impression of the needed repairs and noticed that in most cases the
promised repairs have not yet commenced. MP Arrindell stated that teachers are complaining about the unhealthy mold inhalation and leaking roofs at
the schools during bad weather.
In his letter MP Arrindell questioned the minister as to when we may expect the repairs to the other public schools to commence, bearing in mind that
our young generation is the future of the island and the environment in which we are shaping their minds must be safe and sound and most important,
conducive to learning.
MP Arrindell said that he is looking forward to seeing a tremendous change when we enter into the new year 2022. While he noted that repairs cannot
be done while students are in school, he stressed that we have multiple breaks coming up, such as the Christmas Holidays, the Carnival break and the
summer vacation, at which time the necessary renovations of the schools can take place.